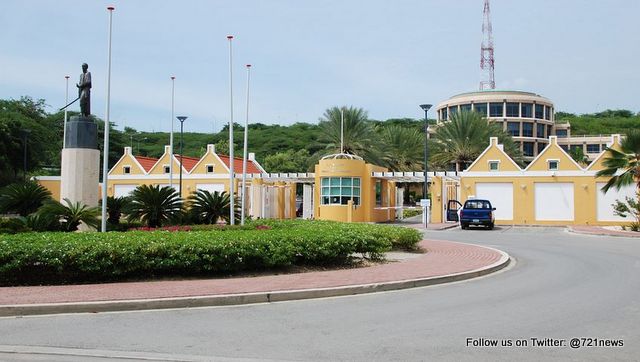 WILLEMSTAD/PHILIPSBURG – According to the Quarterly Bulletin of the Centrale Bank van Curaçao en Sint Maarten, economic developments in the monetary union were uneven in the first quarter of 2016. Curaçao recorded a real GDP contraction, while Sint Maarten’s economy expanded in real terms.

Real GDP contracted in the first quarter of 2016 by 0.2% in Curaçao, while the economy of Sint Maarten expanded by 0.4%. Meanwhile, the decline in international oil prices dampened inflationary pressures in both countries. Curaçao registered zero inflation, and Sint Maarten recorded deflation resulting in an average drop of 0.9% in consumer prices during the January– March period of 2016.

In Curaçao, private sector activities contracted during the first quarter of 2016 primarily because of lower production in the manufacturing, restaurants & hotels, and financial intermediation sectors. Output contracted in the manufacturing sector as a result of lower refining and trading activities by the Isla refinery. The disappointing performance of the restaurants & hotels sector reflected mainly a decline in the number of visitor nights, despite an increase in the number of stay-over visitors. Also, the number of cruise visitors dropped. Furthermore, a decline in real value added in both the domestic and international financial services industries caused the contraction in the financial intermediation sector.

Activities contracted also in the wholesale & retail trade and transport, storage, & communication sectors. The negative outcome in the wholesale & retail trade sector was the result of fewer activities at the free zone and lower tourism spending, moderated by an increase in consumer spending. The contraction in the transport, storage, & communication sector was attributable to a decline in passenger transportation services provided by the domestic airlines to abroad. The decline in activities in most sectors was mitigated by a rise in the utilities and construction sectors. The utilities sector expanded in the first quarter of 2016 because the production of both water and electricity rose. Meanwhile, the growth in the construction sector was driven by a rise in private and public investments.

According to the Bank’s estimates, the main drivers of Sint Maarten’s real GDP expansion in the first quarter of 2016 were the restaurants & hotels, manufacturing, construction, and real estate, renting, & business services sectors. The growth in the restaurants & hotels and real estate, renting, & business services sectors was sustained by more stay-over visitors. By contrast, cruise tourism recorded a sharp decline because of, among other things, increased regional competition. Meanwhile, real value added in the manufacturing sector expanded because of an increase in yacht repairs. Furthermore, growth in the construction sector was caused solely by a rise in private investment activities as public investment dropped.

In addition, real output grew at a slower pace in the utilities and transport, storage, & communication sectors. By contrast, a contraction in the wholesale & retail trade and financial intermediation sectors put a drag on Sint Maarten’s first-quarter growth.

The complete text of the Quarterly Bulletin for the first quarter of 2016 can be viewed on the Bank’s website www.centralbank.cw under the publications and research section.

Source: 721 News Uneven Developments In The Monetary Union In The First Quarter Of 2016