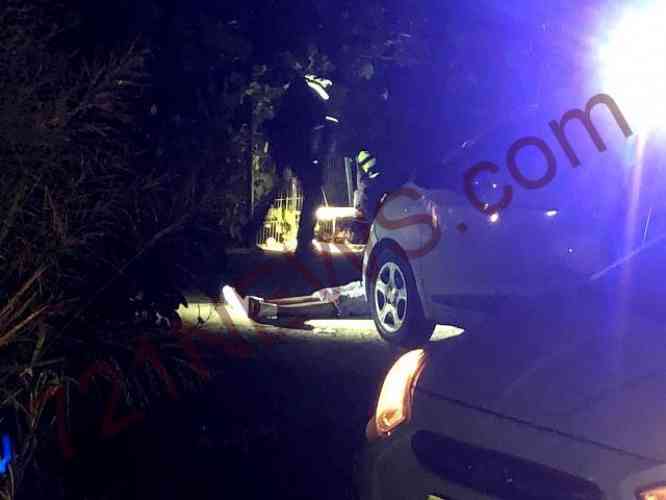 Dutch Quarter, Sint Maarten — The detective department is investigating it’s second killing in the last 2 weeks. The police dispatch received several calls concerning shots being fired on the block in Dutch quarter around 00.55 am on Saturday morning.

Several police patrols, paramedics and forensic department was sent to the location to investigate what had taken place.  On the scene the police encounter two cars, being a Gray Hyundai  I-10 and a white Hyundai accent.

Next to one of the cars the police located a man bleeding from gunshot wounds, who was not showing any signs of life. The area was immediately closed off by the police patrols and a crime scene established.

The forensic department started collecting evidence at the location and the detective department was speaking to potential witnesses.

After a short investigation the detectives identified the victim as Carnicio Warno who was shot and killed by an unknown assailant and was declared dead at the scene.

The two cars that were on the scene and the body of the victim was confiscated.  The detective department is investigating this case and asking anyone who has information to share, please contact the police department or call the tip line on 9300.

Dutch Quarter, Sint Maarten – a man lost his life minutes to 1:00am on Saturday October 12, in the early morning hours when a unknown person shot him on Garden of Eden road in Dutch Quarter.

At this present moment we don’t have much information, who the victim be but bystanders told 721news the man code-named is “Nicio” and he from Sint Maarten and live in Dutch Quarter.

The police and detectives are busy with the investigation as soon as more information is available we will update this story.