Home 721news UPDATE: Two lifeless bodies were found this afternoon and have been positively... 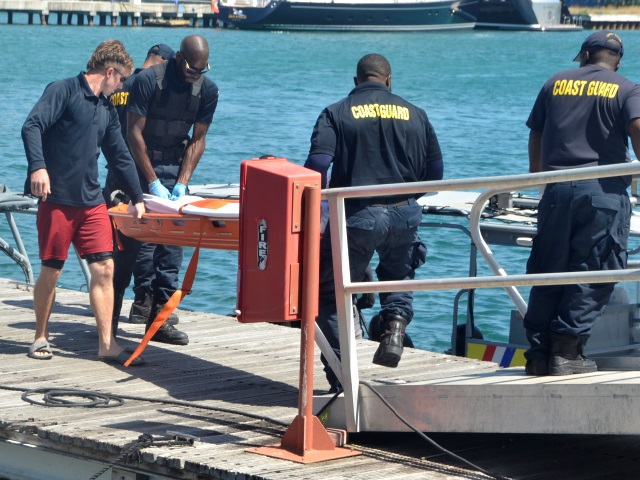 MULLET BAY, Sint Maarten – The search for Samuel and Stephane started after 6:00am today. Family members and friends joined the Police and Coast Guard in search of the two young men who went for a swim on Saturday; and for unknown reasons got into difficulty, which resulted in their drowning.

After 13:00 pm, a visitor of Mullet Bay beach saw what looked like a body in the water and the Coast Guard and Police were immediately notified. After a short search time, the Coast Guard patrol found the first lifeless body and directly after the second body was found. Both lifeless bodies were first taken to the HQ of the Coast Guard.

Subsequently, the bodies were transported to the Funeral Home, where they were later identified by family members.

Earlier yesterday, a local news media erroneously reported that a mother and a daughter went missing. 721news hereby would like to confirm to our readers that this is untrue.

721news would like to extend our heartfelt sympathy to the two families for their loss and we wish them lots of strength.

Below you can read the Police report:

On Saturday March 25th at approximately 04.00 p.m. two men who went swimming at Mullet Bay beach was reported missing. The seas were quite rough and according to witnesses one of the men was calling for help while swimming.

The other had gone to help and shortly after they disappeared under the water. They were not seen since and are suspected to have drowned.

The Coast Guard carried out an intensive search until late in the evening hours but, to try to locate the victims to no avail. Family members of the victims were informed of the situation. The missing persons were identified as Samuel Blaise (22) and Jeef Stephane (22).

On Sunday March 26th at approximately 01.30 p.m. while the Coast Guard continued the search for the missing persons a sea bather encountered the bodies of the victims. The Coast Guard was immediately informed and went on to remove the bodies from the water.

The bodies were taken to the Coast Guard Building in Simpson bay where Dr. Mercuur pronounced the death of the victims and stated that the cause of death was drowning.

Detectives and Forensic Department were also on the scene.