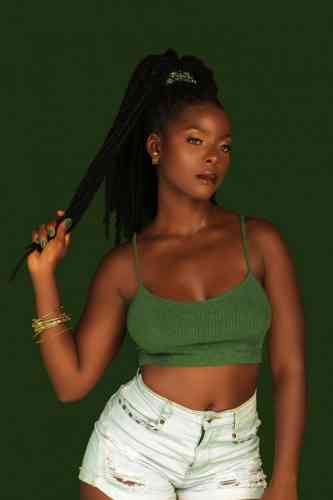 SINT MAARTEN (SIMPSON BAY) – Antiguan songstress and band Asher Otto & Itchy Feet have confirmed their performance for the 40th St. Maarten Heineken Regatta this coming March. The band is set to take the stage on Friday, March 6th, 2020, and is joined by a stellar Caribbean line-up for the night. The venue, the Regatta Village, is located at the Princess Port de Plaisance Resort & Casino in Cole Bay, St. Maarten. The entrance is free to the public.

The band members are like family to the event and the island, having performed at both the 2015 and 2017 regatta events. Their island vibes and soulful sounds will fill the air at the Regatta Village for all in attendance. The band, which has been performing together since 2011, is self-described as “history in the making.” The music they bring to the stage encompasses a variety of genres, including soca, rock, reggae, and pop, all with a unique Asher twist that can be described as mesmerizing.

Asher grew up listening to a range of music, including jazz, contemporary, and R ‘n B, which can certainly be felt and heard in her music today. She released her debut album back in 2015 and has been making waves in the musical world ever since. The band itself comprises of five members — Paddy Prendergast on the guitar and Sherwin Parker on bass. Andrew Dorsett handles keys with Garfield Whal on the drums and Ajani Williams on guitar. Together they bring a unique vibe to the stage and promise to deliver a performance you won’t forget.

In the past year, the band and Asher have been very busy. Asher Otto has been working with six-time Grammy winning producer Bonzai Caruso while recording in Las Vegas, Nevada and Kingston, Jamaica with Steven Marley and his band. A recent collaboration with international singer Joss Stone rounded out a very busy and productive year. When asked about the upcoming performance in St. Maarten, Paddy Prendergast says, “We have had such a busy summer performing in the UK and Italy, and we now spend five to six nights a week performing in Antigua. We are looking forward to coming back to St. Maarten! We can’t wait to treat listeners to some new music we have been working on lately.”

The Regatta Village will feature an amazing variety of music, food vendors, drinks, activities and an art/eco/tech park that will offer plenty to see and do who enjoying the sounds on stage. For more information be sure to visit the regatta website www.heinekenregatta.com