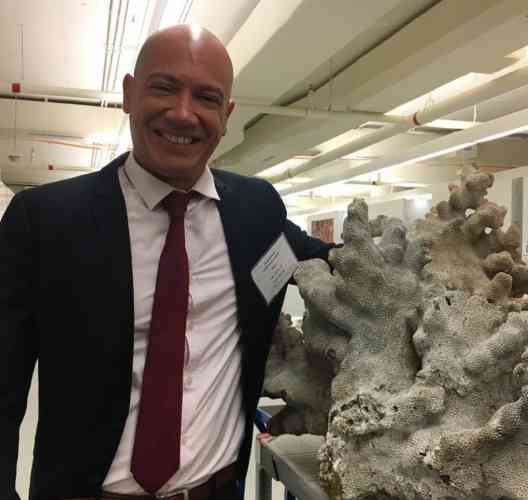 BONAIRE/SINT MAARTEN – Dutch Caribbean Conservationist Tadzio Bervoets has become the first Dutch Caribbean national to be accepted into the prestigious Explorers Club. The Explorers Club is an international multidisciplinary professional society dedicated to the advancement of field research and the ideal that it is vital to preserve the instinct to explore. Since its inception in 1904, the Club has served as a meeting point and unifying force for explorers and scientists worldwide. The Explorers Club Headquarters is located at 46 East 70th Street in New York City. Bervoets was accepted into the Club based on his contribution to natural science and protected area and species conservation in the Dutch and Wider Caribbean Region.

Bervoets was born on St. Martin to a local St. Maarten mother and a Belgian father. He attended the Sister Borgia School and graduated from the St. Dominic High School. He earned a Bachelor’s degree in International Relations from the University of South Florida and a Master’s degree from the Vrije Universiteit Amsterdam University in environmental resource management with a specialty in coral reef ecosystems.

Founded in New York City in 1904, The Explorers Club promotes the scientific exploration of land, sea, air, and space by supporting research and education in the physical, natural and biological sciences. The Club’s members have been responsible for an illustrious series of famous firsts: First to the North Pole, first to the South Pole, first to the summit of Mount Everest, first to the deepest point in the ocean, first to the surface of the moon; “It is really an honor to be a part of an organization I’ve been fascinated with since I was a child and I look forward to, as part of the Explorers Club, fostering scientific exploration in the Dutch and Wider Caribbean,” commented Bervoets.

Tadzio started his career in coral reef and marine conservation projects in Bermuda, Tanzania, and as the marine park manager in St. Eustatius. He was the Director of the St Maarten Nature Foundation from 2010 to 2019 where he was instrumental in establishing the Man of War Shoal Marine Protected Area, St. Maarten’s first National Park. He was also on the Executive Committee of the National Development Plan responsible for Environment, on the St. Maarten Millennium Development Goal Action Group and former Acting Chair of the Dutch Caribbean Nature Alliance. He was previously focal point for Sint Maarten for the CITES treaty, SPAW protocols of the Cartagena Convention and the Inter-American Sea Turtle Convention.

He is the current director of the Dutch Caribbean Nature Alliance and a recipient of the Euan P. McFarlane award for Conservation Leadership in the Insular Caribbean.