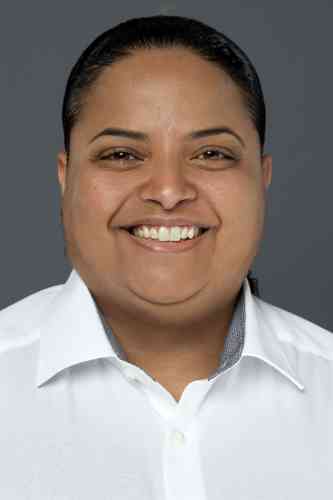 “The COVID-19 pandemic has thrown our country’s ICT infrastructure into the spotlight,” Gumbs said in a media statement. “From online learning and accessing government services online, to the ability to do business digitally, COVID has exposed existing cracks in our ability to compete regionally from a connectivity point of view. At the heart of it is, in my belief, the country’s regulatory body, Bureau Telecommunications and Post.”

Gumbs requested that the Minister provide a breakdown of how the Ministry had addressed and implemented the recommendations of the Audit Chamber’s 2015 audit report. Among these recommendations, which Gumbs provided with her questions, were setting a vision, policy, and policy objectives for the telecommunication and postal sectors of the country.

“The Audit Chamber report highlighted that there has been no actual vision for how we would like to see these two sectors develop and grow,” Gumbs stated. “This has, unfortunately, been a running theme for each TEATT minister, year over year.”

Also, among the recommendations from the Audit Chamber was the establishment of an annual performance contract for the Director of BTP that is actually in accordance with the National Ordinance of BTP. The audit report highlighted several discrepancies with regards to the state of the Director’s contract in 2015, and Gumbs is curious as to whether this, and other recommendations, have been resolved.

Secondary to the Audit Chamber’s report, Gumbs queried the status of BTP’s probe project, which involved installing mobile and fixed measuring probes in vehicles and homes, respectively. The project was meant to yield clear data that reflected actual performance levels of the country’s internet service providers, with the intention that BTP then hold the providers accountable for any failure to meet service standards. The MP requested information on the project, most notably what the results were, if telecom providers were in compliance with BTP and if any final reports on this project be delivered to Parliament.

“E-government, online learning, e-commerce are all beautiful concepts,” Gumbs said. “But they rely on a vision and concrete plan for growth and development in the telecom and postal sector. Bandwidth capacity issues will impact the future of these areas of our country’s development and more. Even ideas that target digital nomads (people who work from different countries) will be held back by a lagging ICT infrastructure; if we cannot handle the people who live here, how do we expect to handle an influx of others?”