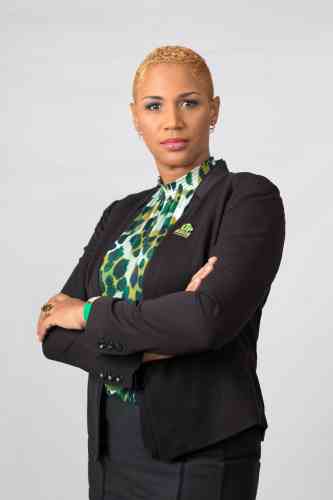 SINT MAARTEN (PHILIPSBURG) – “The fact that Mr. Hatzmann sees the people of Sint Maarten as “little village people” proves that he is part of the bigger problem” said United People’s Party Faction Leader in Parliament, the honourable Grisha Heyliger-Marten Wednesday evening. She urgently calls on the St. Maarten Bar Association to state its formal position on Mr. Hatzmann’s press release.

Her statement was a sharp reaction to an article published recently by an online blog site. The headline of the online article was “Dean Bar Association welcomes Dutch intervention at Pointe Blanche prison”. In response, Heyliger-Marten pointed out that only once the article mentioned of the support of the motion of Dutch MP Chris van Dam, which called for the Kingdom Council of Ministers to take full control of the Pointe Blanche Prison for five years at the expense of the local government.

In the article, attorney Geert Hatzmann dismissed calls from MP Heyliger-Marten and Prime Minister Silveria Jacobs for equal treatment for St. Maarten from the Dutch Government and urgent completion of decolonization as “nothing but demagogic nonsense.”

Heyliger-Marten considers it a direct insult to St. Maarten, it’s people, and those who the people elected that an attorney working and living on the island calls St. Maarten a “little village that plays little country” who were not equal to the 17 million people in Holland. “If you live on our island and have the audacity to call us hungry criminals who would have killed each other if the Dutch didn’t send food baskets and soldiers with guns to stop us from killing each other over it, then you are part of the problem.”

“It is very unfortunate that people like Mr. Hatzmann tarnish the reputation of the Dutch population in general, including those in the Netherlands who have publicly spoken out and demonstrated against racism lately”, the MP added.

The attorney had also said that St. Maarten was only a financial burden to The Netherlands who provided financial, material and personnel support out of moral obligation, which prevented locals from “butchering each other for food.” He also labelled St. Maarten’s past as being “a jet-black period of structural serious human rights violations” and said it was hilarious that residents spoke about colonialism because St. Maarten is “absolutely not the equal of the Dutch Government.”

“Mr. Hatzmann’s mindless and ignorant comments are a perfect example of the saying: It is better to remain silent and be thought a fool than to speak and to remove all doubt. As a European Dutch national, Mr. Hatzmann should know it is his mother country the Netherlands who has a “jet-black history” of pillage, genocide, suppression, slave trade, the betrayal of Jews, and other crimes too numerous to mention, stated MP Heyliger-Marten.

MP Heyliger-Marten stated that it is mind-boggling that as an attorney, Mr. Hatzmann would make these populist, unsubstantiated, and emotional statements on legal or other issues without having done his research and studied the facts. “Mr. Hatzmann could have easily accessed the extensive academic research by legal scholars who actually know what they are talking about on the unfinished decolonization of the Caribbean, islands before making his reckless statements.

If he prepares as poorly as this prior to representing his same “small village” clients in the courts, they have a very small chance of winning their cases. In that respect, I strongly advise Mr. Hatzmann, to focus on educating himself and representing the best interests of his clients, until he is elected to represent the best interests of the people of Sint Maarten in general”, Heyliger-Marten stated.

Mr. Hatzmann seems to put his biased trust in the ability of failed civil servants of a colonial, self-confessed institutionally racist narco-state that has admittedly lost the war against organized crime, an EU-designated tax-haven, and a country where several ministers were forced to resign due to incompetence and immoral and lawless behaviour to fix problems in Sint Maarten.

“Because of this unfinished decolonization Sint Maarten has been prevented from taking full advantage of its development potential and the options to directly access financial and other resources, from sources other than the Netherlands”, according to the MP.

Earlier, Heyliger-Marten had praised State Secretary Raymond Knops for pointing out to the Second Chamber in The Netherlands that intervening in the internal and budgetary affairs of St. Maarten would be unlawful. She did point out though that she found his stance one of convenience, since on numerous previous occasion the Dutch Government had instituted policies as conditions for financial support during some of the most devastating periods of the islands’ history.

The MP said that the Dutch Government had the opportunity in 2017 to rebuild the Point Blanche Prison when they took some 70 million ANG that never went through the World Bank Trust Fund, to “improve” the justice system on St. Maarten. “Some of that money could have been used from then to build the prison and improve conditions, and Holland has the obligation to do so do based on resolution 1514 of the United Nations.

“In any case, I will not sit back while certain Dutch colonial elements on the island or elsewhere try to ridicule Sint Maarten and its people with racist and colonial remarks, and certainly not when they enjoy all that we have offered them over the years”, Heyliger-Marten concluded.