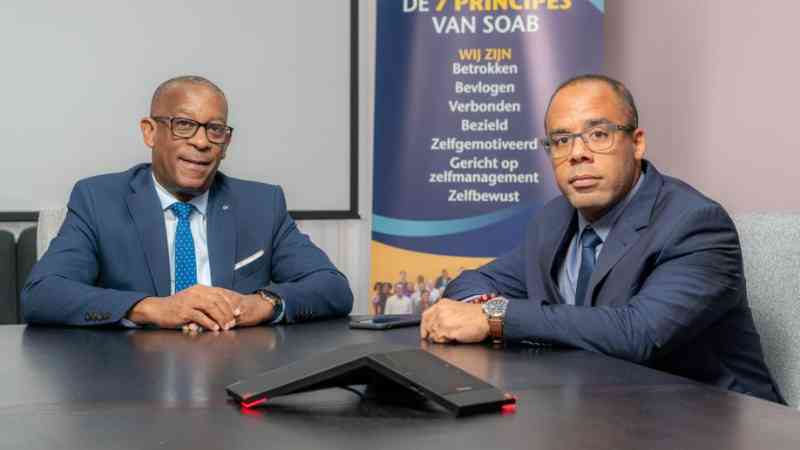 SINT MAARTEN/CURACAO – As of January 2021 Raymond Faneyte will enter into the role of Managing Director of Stichting Overheidsaccountantsbureau Curaçao (SOAB). Faneyte will succeed Mr. Geomaly Martes, who previously led SOAB since its inception and whom has played a a key role in its impressive results over the past 25 years.

SOAB is grateful towards Martes for the enormous impact his leadership has had on the developments within SOAB, and at the same time thrusts that the transfer of leadership will realize a successful transition into tomorrow.

For more than a decade Raymond Faneyte has made his mark by contributing with the developments within SOAB which has steered the organization forward. His professional experience in auditing, assurance and advisory for governments, public sector and private sector entities in the Dutch Caribbean and the results he has obtained, have formed him into the right person to take on this leadership role.

In addition, his ‘belief in trustworthiness’ and ‘honesty’, his integrity and being a thorough professional are exemplary core values which Raymond displays in his interactions with both clients and colleagues. This has fortified the thrust the management and personnel bestow in him as he takes on this leadership role as per January 2021.

SOAB
SOAB is renowned for our professionals with extensive knowledge within the industry and government with our track record in experience within the public sector in the Dutch Caribbean.

Our organization is leading in terms of knowledge of Government and an authority on public governance. SOAB is confident that with Raymond’s leadership, SOAB will keep contributing to the welfare of the community, by giving assurance and advisory to their governments and civil servants.