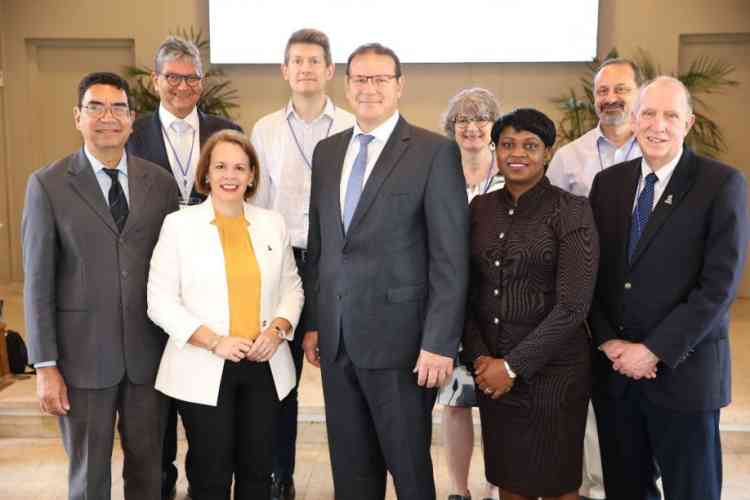 SINT MAARTEN/ARUBA – On Thursday, March 28th, Prime Minister of St. Maarten, the Honorable Leona Romeo – Marlin, presented a keynote address on “The Character of Resilient Nations; Rising in the face of paralyzing odds”, during the ‘First International Conference on Island States / Island Territories, held in Aruba.

Prime Minister Romeo Marlin was invited by the Institute of Island Studies of the University of Prince Edward Island to share St. Maarten’s island experience on resilience and rebuilding efforts, especially as an Overseas Countries and Territory (OCT). During her keynote address Prime Minister Romeo – Marlin opened by describing how St. Maarten was left in a state of paralysis after the hurricane season of 2017.

However, the instinctual demand of resiliency propelled the leaders and the people of St. Maarten into a state of survival, which now stands as a testament to the rest of the world in St. Maarten’s record-breaking ability to recover. “Resilient people are able to utilize their skills and strengths to cope and recover from problems and challenges. Resilient people handle difficulties in ways that foster strength and growth.

In many cases, they may emerge even stronger than they were before.” Based on this explanation, Prime Minister Leona Romeo – Marlin declared St. Maarten as a resilient country, “due to the fact that we had no other choice, in order for us to overcome.”

The immediate recovery process after Hurricane Irma and Maria were then expounded on in detail, by providing examples of all the countless sacrifices and support by the local people, regional and international volunteers who all assisted in the evacuation and recovery process.

Many organizations and nonprofit organizations were highlighted for their outstanding and inevitable part in restoring the country, in such areas as, power & water distribution, telecommunication, Government response organizations and the private sector as a whole. In particular, all citizens who cleaned up their communities and began restoring their homes and those of friends and family members immediately after the storm.

Prime Minister Romeo – Marlin also highlighted St. Maarten’s Maritime and Aviation sectors, as both sectors prevailed despite infrastructural challenges, the import of humanitarian and emergency supplies, equipment and most importantly the evacuation of the special needs patients, elderly, children, and guests with the help of foreign partners.

The financial aspects of recovery were also touched on by explaining the procedure and prerequisites of receiving monies via the Recovery Trust Fund, and how this process is being financed by the Netherlands, managed by the World Bank and implemented by the Government of Sint Maarten, via the National Recovery Program Bureau (NRPB) as the beneficiary.

Prime Minister Romeo – Marlin shared the challenges that she has faced in the capacity as chairperson of the Disaster Management Organization and offered advice on the best practices that have helped St. Maarten build back its nation in a better way. The lessons learnt, have been translated into the programs such as the National Recovery and Resilience Plan.

In addition to the courage and commitment of the people, one key factor for success is the ability to prepare. “The key to preparation for a disaster is preparation itself; to be prepared is to prepare!” Preparation described as not being a one-man show, as it requires strong domestic, regional and international partnerships and commitments, clear goals, and defined actions. The many preparatory measures outlined above, simply proves that resilience can only exist if we do it together, because prepared countries build resilient regions!

Prime Minister Romeo Marlin, proudly concluded that despite our setback, threats and challenges, St. Maarten has been able to introduce and implement structured programs and mechanisms using the National Recovery and Resilience Plan as guidelines allowing us to meet several of the objectives that align with the framework of  the seventeen (17) Sustainable Development Goals (SDG) which are being executed under the theme of ‘Building Back a Better St. Maarten’.

In order to initiate steps towards regional success within the Dutch OCT’s, St. Maarten, Curacao and Aruba have established the ‘Convenant di Savaneta’ that will tackle economic, social and environmental dimensions that our countries collectively face. As an extended partnership initiative, an MOU on “Labor Migration within the Dutch Caribbean region’ was also introduced, aimed at the management of population growth and to stimulate healthy flow of migration. This project will be outlined during the symposium that will be taking place in May of 2019 in Curacao.

Prime Minister Leona Romeo- Marlin concluded by urging country representatives to work together, by instituting benchmarks towards excellence, establishing best practices to achieve effective Sustainable Development Goals and embark on innovations that foster a more resilient future for our people and build an integrated and empowered region as a whole.

As Prime Minister of St. Maarten, and your partner in the battlefields of resilience, Romeo- Marlin encouraged everyone to believe in their ability to rise up against all odds by being prepared and working together. “Together we are stronger, united we are a force. So we must speak with one voice”. 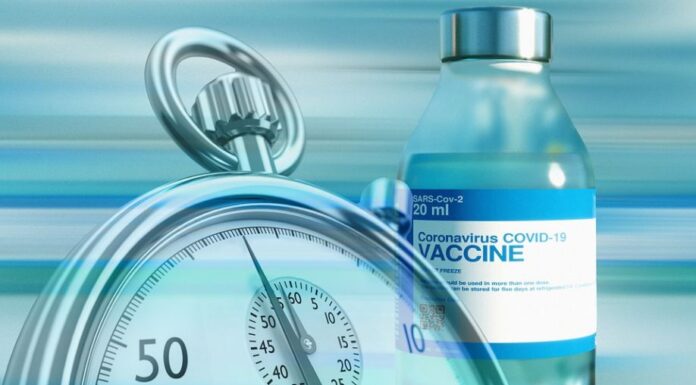 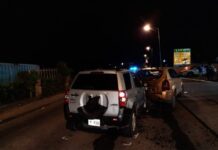 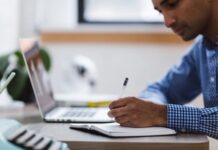