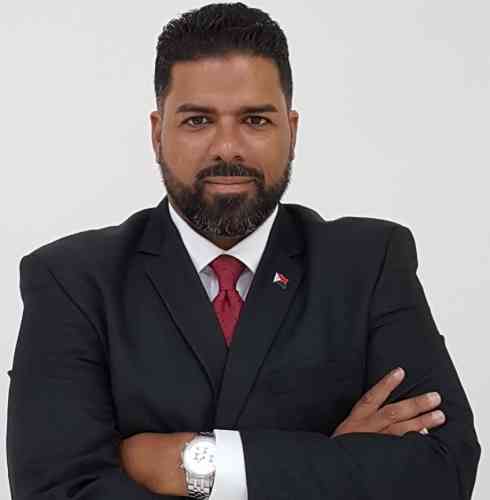 SINT MAARTEN (PHILIPSBURG) – Sint Maarten Christian Party (SMCP) Member of Parliament (MP) Claude ‘Chacho’ Peterson said on Tuesday in a press statement that the country cannot afford to be blacklisted by developed countries in this post-Irma era because it does not comply with international financial standards that have been designed to counter money laundering and terrorist financing.

“For the past months we have had meetings in Parliament to try to address the laws pertaining to the FATF (Financial Action Task Force) guidelines.

“Yet many times no quorum was achieved in order to handle such important legislation which at the end of the day is unfortunate and could have major consequences for our island.

“To me it has always been very clear that while some of these laws are clearly being pushed by the more powerful countries of the World to regulate the flow of money, it is the new reality we have to deal with in this online digital world where we are now dependent on credit card and debit card transactions.

“In many ways our economy is still a cash-based economy but more and more this is changing as people shop online and travel the World.

“Yet the persons who now fuel our economy via the tourism and business industry are now dependent on digital transactions. Our tourists expect to use their debit cards and credit cards when visiting our island.

“We live in an ONLINE WORLD and SXM will be no exception. As a matter of fact the entire Caribbean is confronted with these guidelines.

“These are some of the potential consequences of being BLACKLISTED which really concerns me:

“1. SXM could face even more negative international press as it is put on the blacklist. Unfortunately the average person who may want to visit SXM and reads about this would probably think twice and choose another island to visit.

“While it is easy to get on the Blacklist, it is much harder to clean up the negative image it leaves behind.

“The word BLACKLIST is one understood across languages as something negative.

“2. Our local banks could be denied access to corresponding Banks.

“As a result, visitors on Sint Maarten would not be able to use their internationally accepted debit and credit cards, because our banks can no longer clear these transactions without corresponding banking.

“3. The local Merchants and businesses could be impacted as they will have to find other ways to pay for the merchandise and imports.

“They would have to rely on cash transactions which would surely not be feasible for the great majority of businesses since it would also mean having to travel with large sums of cash which is not only dangerous but is also illegal if limits are surpassed.

“This would potentially cripple our businesses which rely primarily on imports.

“This could increase even more the cost of goods as the companies struggle to keep supplies coming and shelves stocked.

“4. Serious investors could stay away from SXM as they would realize the difficulties and negative image of doing business on an island which is blacklisted.

“5. Our Government owned companies could be affected as they struggle to pay their international suppliers.

“In the case of TELEM this could have an impact on our connectivity with the world, as internet and telephone will become local only when no international telecommunications company will make agreements with TELEM to allow connectivity with international networks if they cannot clear the payment online. TELEM will not be able to do so because our banks will no longer be able to support such transactions due to lack of correspondent banking.

“6. SXM HUB FUNCTION of our Harbor and Airport which is something we have bragged about for years and which is a key factor in the success of our economy will be negatively impacted as investors, businesses and tourists look to other islands.

“7. Our society would have to become one dependent solely on cash with bigger risks of crime as people and businesses will have to deal in cash.

“As our local banks are all branches of international banks, we could see the closing of these branches as these banks cannot build a sustainable and viable business based only on cash transactions.

“8. Our local banks would not be able to leverage their deposits on the capital market to allow for debt financing, mortgages, etc on the island. Businesses and people will suffer as a consequence and those services will no longer be available.

“9. Our Hotels could be directly impacted as they will not be able to secure reservations and conference bookings via credit card and online transactions.

“The AirBnb market which SXM is very much reliant on post Irma while so many of our hotels strive to rebuild will be crippled as local owners are unable to process transactions because of the lack of corresponding banking.

“10. Our Car rentals could be seriously affected as they presently rely almost entirely on online reservations in which credit card financial transactions not only secure reservations but also pay for the rental cost of the vehicles as well as cover any damages incurred to the vehicle.

“11. Our ability as an island to refer our patients abroad could be affected by the unavailability of corresponding banking in order to execute online payments to the countries providing the care to our people.

“12. Our people would no longer be able to shop online as the local banks lose corresponding banking facilities.

“As the SMCP Member of Parliament, I believe it is incumbent on us to make sure we protect our island against the consequences created by our failure to live up to international standards such as those of the FATF.

“I see it as our new reality as we have chosen for Status Aparte. Whether we like it or not we are now, more than ever, part of the International community and will be held to those standards. Therefore, we must protect our image on an international stage when it comes to combating money laundering and terrorism funding.

“We should not wait to be blacklisted or receive conditions from the Dutch before we move.

“These laws will be brought to the floor of parliament once more on Wednesday, May 8 and I hope, as a parliament, we will pass them in the interest of our Island’s economy and people as we seek to rebuild from Irma,” SMCP MP Claude ‘Chacho’ Peterson concluded in his Tuesday statement. 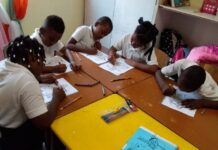