Home Local News The Prefecture clarifies the position of the State after the Collectivite’s position... 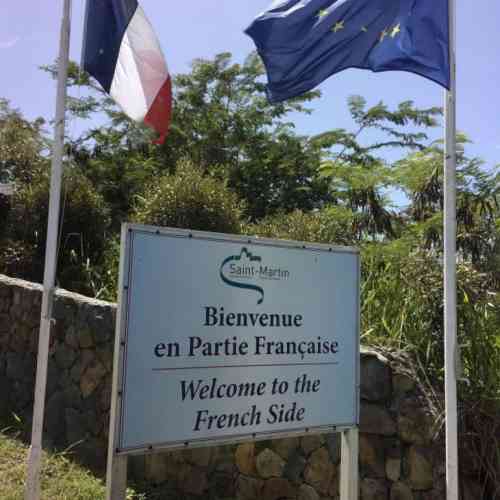 SAINT-MARTIN (MARIGOT) – On Friday morning, the Prefecture issued a statement to clarify the position of the French State as a response to a press statement made by the President of the Collectivite of Saint-Martin Daniel Gibbs earlier in the week.

The Prefecture says in its statement that the decree of 10 July 2020 provides that the active-circulating territories of the Covid virus be included in its Annex 2. The territory of Saint-Martin in view of the evolution of its degraded health situation has been on this list since 27 August 2020.

This registration has several legal consequences, including additional resources granted to the prefects to fight the epidemic, protect the populations, and promote the conditions for recovery. It was in this context that a meeting “State of the scene of the Covid situation in the territory of Saint-Martin” mobilized on 1 September at the premises of the Prefecture, the Collectivite of Saint-Martin, its president Mr. Gibbs, the first vice-president, Mrs. Damazeau, the local representative of the ARS acting, Mr. Godefroy, the director of the hospital Mrs. Lampis, the commander Basso of the Gendarmerie.

The first objective of the meeting was to share the health situation of the territory. Mr Godefroy, acting director of the LRA, provided the figures. There are 153 active cases in the territory. Of these 153 people, 18 are hospitalized, three (3) of them in resuscitation in Guadeloupe, 135 people are confined to their homes. The number of people who died from the Covid in Saint Martin is now 7, including (one) 1 this week.

These figures have been steadily increasing since the beginning of the de-conference and place the territory of Saint-Martin proportionally among the most affected at the national level. Ms. Lampis, director of the hospital, says that the entire medical department is currently reserved for Covid cases.

Half of the resuscitation beds at the Guadeloupe hospital are occupied by Saint-Martinois. In this context, if the prefecture is associated with the desire of the elected representatives of the Collectivite to quickly regain conditions specific to a normalized social and economic life, through the cessation of border controls, it recalls that this objective is underpinned by a positive development of the health situation.

Any relaxation in the face of the epidemic would erase the efforts made so far by all health actors and the population and delay the ebb of the epidemic, a prerequisite for a gradual lifting of health prevention measures. Thus, in view of the figures observed in Covid cases on Saint-Martin, the situation also observed on the Dutch side, border controls and the control of establishments open to the public, in particular bars and restaurants to which the highest level of vigilance is required in the application of public health measures, are, at this time, maintained.

The prefecture reiterates that with the limitation of population displacement, barrier gestures are the best protection we currently know. The prefecture encourages everyone to implement them and strongly invites the use of the mask. It is through a common civic commitment against the virus that we can overcome this epidemic and revive the territory’s economy.