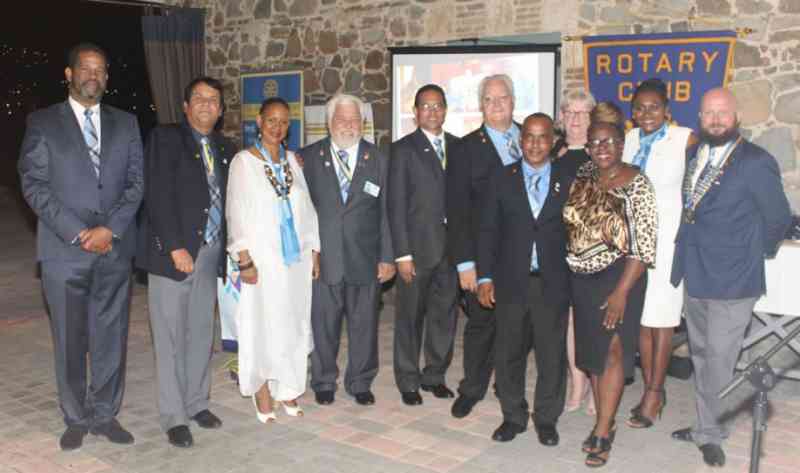 SINT MAARTEN (CUL DE SAC) – Assistant Governor Marcellia Henry along with Presidents and Secretaries of the other local Rotary Clubs on SXM gathered at Emilio’s to join the Rotarians of the Rotary Club of St. Maarten-Mid Isle’s for their Change of Board event, Rotary Mid Isle said in a statement on Monday. It was a beautiful venue with great food and wonderful fellowship, the civic club statement said.

“Outgoing President Denise Antrobus said it was pleasing to look back over the last year at the club’s various projects and achievements, stating that Mid Isle had certainly shown their ‘Inspiration’ and their ‘love for Rotary’ during the Rotary Year 2018-2019 and that Mid Isle definitely complied with  Rotary’s new vision statement: ‘Together, we see a world where people unite and take action to create lasting change — across the globe, in our communities, and in ourselves’. Denise gave an overview of the projects that the club had completed during the year.

“One of the objectives of the Outgoing President for the year was ‘Mental Health Awareness’.  To this end they were able to replace the signage at the MHF and help fund four videos to bring awareness of Mental Health to the community. They also provided four sewing machines for the Faraja Day Care Center and helped to refurbish the kitchen.

“Mid Isle qualified for all the available district awards at the District conference this year in Jamaica. Mid Isle received the first-place award in District 7020 for ‘Rotary has Heart’ ‘Rise Against Hunger’. In the Zone 34 video contest ‘People of Action’ they placed second for the popular vote.

“Those Rotarians with 100% attendance for the year were presented with special pins. The much-anticipated Rotarian of the Year awards went to Foundation Chair David and Service Projects Chair Grace.  Three Paul Harris Fellows were also presented, including to Eileen Healy, Interim Director of the Mental Health foundation.

“Incoming President Aernout gave an overview of the bigger projects and focuses for his upcoming Rotary year which include the Annual spelling Bee and the Ramesh Manek Walk-a-thon to End Polio Now.  He went on to tell the attendees that the new District Governor Delma Maduro from Tortola would like all the clubs in the district to focus on Diabetes, which is widespread throughout the Caribbean.

“Mid Isle have been assisting the Diabetes Foundation in various ways including sponsoring a podiatry unit which will go a long way to help in the safe treatment of patients with diabetic food disease on Sint Maarten. District Governor Maduro has asked our district to support HANWASH (Haiti National Clean Water, Sanitation and Hygiene Strategy) a project to provide Haiti with clean drinking water: 80% of the population in Haiti do not have direct access to a clean water source. Incoming President Aernout concluded by thanking the outgoing President and her board for a successful year which he enjoyed. 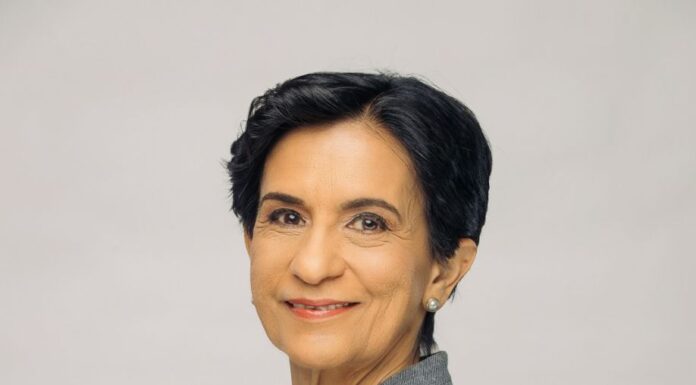 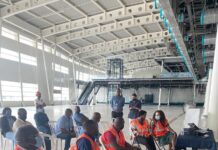 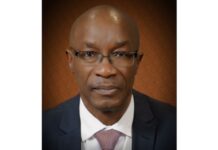