Home Soualiga Newsday Who is out of touch? | SOUALIGA NEWSDAY 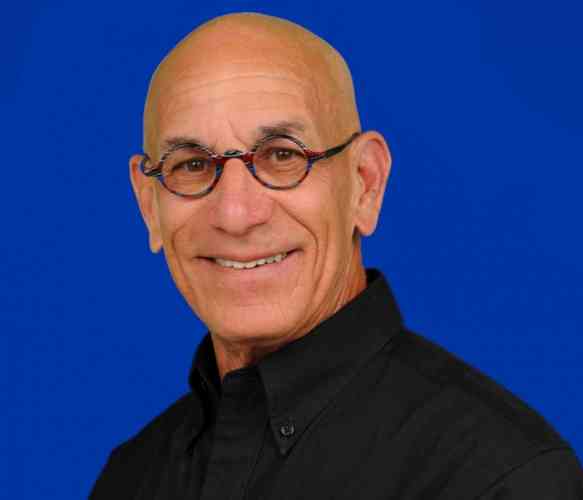 SINT MAARTEN (COMMENTARY – By Michael Ferrier) – According to MP Emmanuel, as reported in the Daily Herald of August 9, 2019, the Minister of Justice of St. Maarten, De Weever, is out of touch, CFATF laws biased.

According to the Cambridge dictionary, one of the top results Google provided to my search, the term “out of touch” refers to someone who is not informed or not having the same ideas as most people.

Next, a little background on “CFATF laws bias” is in order.  For that, it is helpful to understand who or what is the Caribbean Financial Action Task Force (CFATF). It is an organization of states and territories of the Caribbean Basin, of which we form part, that have agreed to implement common counter-measures against money laundering. CFATF has associate status within the Financial Action Task Force (on Money Laundering).

And what are these common measures against money laundering?

During the 1989 G7 Summit in Paris, the FATF was formed to combat the growing problem of money laundering. At that time, FATF had 16 members, which by 2016 had grown to 37.

One of the first actions of the FATF was development of a report containing forty recommendations to more effectively fight money laundering. After the September 11 terror attacks in 2001, the FATF included terrorist financing as part of the recommendations.

Practically all major financial centers around the world, not the least of which is the USA, are represented by the 37 members of FATF.  Money makes the world go around and no country, big or small, can exist without doing business with other countries.

Without banking relationships with these major financial powerhouses, a country is basically not a part of the international community/economy.

Back to the headline: The Minister of Justice is in my opinion, not at all out of touch. It is MP Emmanuel who seems to be uninformed. Most people understand that St. Maarten is a part of the global economy and therefore part of the international financial system. As such and as part of the Caribbean Basin, it needs to do its share to (want to) combat money laundering and terrorist financing. In fact, the Minister has correctly made Parliament aware of the fact that Country Sint Maarten, and by extension all of us, are out of time regarding becoming compliant!

Are these laws that St. Maarten has to change and adopt to meet the (C)FATF recommendations biased? Do they favor one group over the other? Is St. Maarten being bullied? I am no lawyer or scholar but believe I HAVE been blessed with common sense and therefore I try to be practical.

Whether the MP wants to suggest otherwise or not, St. Maarten has no choice. Since the 911 attack on the USA, that country, St. Maarten and the rest of the world have had to implement levels of screening at airports to a magnitude never before even dreamt of. None of us like it, but none of us had a choice. Our harbor and international mega-yacht marinas had to introduce stricter security measures as well. We simply had no choice!

What happens to St. Maarten if we fail to meet the FATF-recommendations? According to the FATF’s website, jurisdictions that are seen as non-compliant are a risk to the integrity of the international financial system. Those non-compliant jurisdictions receive a public warning “to address their deficiencies in order to maintain their position in the global economy”. That’s a nice way of saying, either comply, or you are no longer welcome; you are ‘blacklisted’.  North Korea and Iran are on that list. As a small half-of-an-island Caribbean nation, dependent on mostly North American and European tourism, St. Maarten cannot afford to be on that list. But that’s a worst-case scenario.

A more likely result of being on the wrong side of (C)FATF recommendations is de-risking by financial institutions and loss of correspondent banking relationships. In plain English, the banks will not take on customers they feel are a risk for money laundering and financing of terrorism. The financial system is global. Local banks that fail to take measures will lose relationships with the big banks in the USA and Europe. Try conducting business on St. Maarten when you can’t send or receive money from overseas. (Here’s a hint: Google “Belize and correspondent banks”).

(C)FATF has been a reality from since before 10-10-10.  But that’s water under the bridge. St. Maarten is out of time and we had better deal with that fact, rather than believe (like MP Emmanuel obviously does) that the international community will be intimidated by him, or for that matter ALL of our Parliamentarians together. Legislation is being pushed through to meet deadlines. Debate and fine-tuning of these laws to find a bi-partisan, mutually acceptable way of meeting international requirements and not hurting our community is now difficult, if not impossible.

That failure is on all MP’s and Ministers, past and present (including me)! And yes, IRMA did not help. But to the rest of the world IRMA was NEVER the problem and sure as heck cannot be used any longer as an excuse to kick this can down the road.

If MP Emmanuel wants to take his marbles and go home because he feels the game is rigged and unfair, that’s his prerogative. Good luck with that! The rest of St. Maarten HAS to meet the reality head on, because like it or not, we need the rest of the world. The rest of the world does not need us. So, either we play ball and meet the internationally set standard or become totally self-sufficient (?!) in a big hurry! And just in case the MP decides to respond to this commentary the way I expect him to, my response to him remains the same.