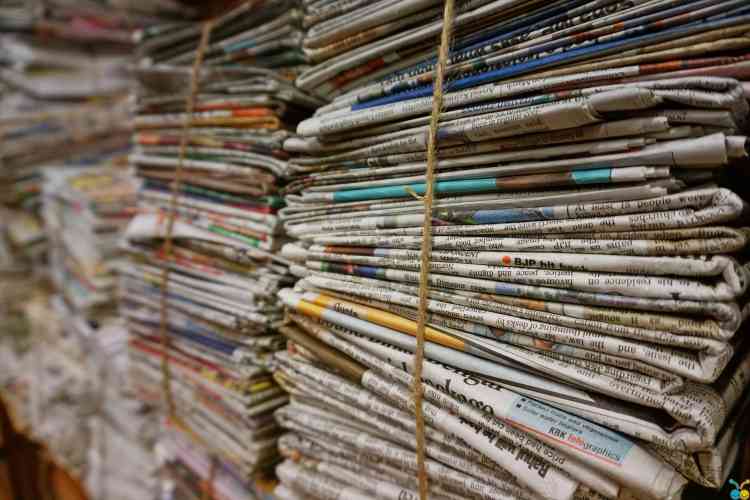 THE HAGUE – The Daily Herald, now the only newspaper that is still being published on Sint Maarten after Hurricane Irma, can barely keep its head above water due to the lack of advertisements. “That the press on Sint Maarten is in danger, I would dare say,” according to the Editor-in-Chief Gordon Snow.

“The advertising market has significantly collapsed, because many companies are still closed. Radio stations are also dependent on advertising revenue. We have even greater costs, because we are a big company with a little more than a hundred people,” says Snow.

The Netherlands will make over half a billion euros available for the reconstruction of the island. Support for the local media does not form part of this. “What the media needs now are bridging loans for the next six months.”

The Democracy and Media Foundation is concerned about developments. “The most important condition for the Dutch government to give money for the reconstruction is the great focus on integrity and corruption on Sint Maarten. If you want to put such an emphasis on it as a government, then you certainly also have to invest in the media and journalism,” says director Nienke Venema.

What will the Dutch cabinet do?

The Ministry of the Interior and Kingdom Relations reports through a spokesperson that these options have been investigated, but that ‘no legal basis has yet been found’ to help the Sint Maarten media directly.

“A government that directly spends money on media companies and journalism, of course I am not in favor of that either. But there are existing constructions that ensure that the independence of media and journalism is guaranteed,” says Venema.

“In the Netherlands, for example, there are at least two independent funds that, with the help of government subsidy, help finance journalistic innovation and projects. I wonder if the Cabinet has also looked at such an option for Sint Maarten, and why such a construction would not be possible. ”

The press does not have to rely on support from the Sint Maarten government, because of the budget deficits, says Snow. “It is now very important to get support from the Netherlands so that we can guarantee personnel. And of course, that we also simply pay back when the economy recovers. ”