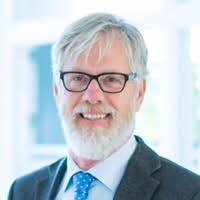 HILVERSUM – Constitutional law professor Arjen van Rijn is critical about the “reluctant attitude” of the Ministry of Home Affairs towards municipalities that refuse to register homeless citizens from St. Maarten, Natasja Gibbs reports on Caribisch Netwerk.

Haarlem and Leiden continue to refuse to register people who fled St. Maarten after Hurricane Irma. According to Van Rijn, these municipalities incorrectly maintain that “the status of the refugees from St. Maarten is unclear” and that they prefer to wait for guidelines from the ministry. “Nonsense and unnecessary delaying the situation,” Van Rijn says.

“There is already a guideline: the law. The only thing the law requires from these people is that they have de-registered from the census office in St. Maarten. But that is a requirement you cannot reasonably apply to people who had to leave after a hurricane from an island where the census office is, just like the rest, not operational.”

Citizens with Dutch nationality simply cannot be turned away, Van Rijn says. “I do not understand the reluctance of the ministry. Legally it is crystal clear. People from St. Maarten have to be registered if they ask for it. I would like to know what the legal basis is for the reluctance of these municipalities and the ministry, because Dutch citizenship is undivided.”

According to the ministry, the situation is “more complicated” because of the hurricane, saying that it is unsure whether the people will stay in the Netherlands for a longer period and whether registering them is really necessary.

“The length of the stay should not be a factor,” Van Rijn says. “Of course municipalities are allowed to ask that question, but it is not a yard stick for the question whether someone holding a Dutch passport is allowed to register there. If someone decides after a couple of months, or after a year, to leave again, that is not a problem.”

But a spokesman for the ministry has a different opinion. “Under normal circumstances it is easy to see who is coming from the Caribbean for a longer period to the Netherlands. But that situation does not apply to the people who have now arrived from St. Maarten. They arrive without an income and they are staying in emergency shelters. We really have to research whether their stay is lasting.”

Van Rijn says that income should not be a factor either. “The point of departure is that you must be able to support yourself in the Netherlands and if you are not able to do so, you can fall back on the available provisions. Those provisions also apply to people who come to the Netherlands from St. Maarten. Constitutionally they are Dutch citizens.”

In Leiden and Haarlem around 30 people from St. Maarten, including some children, are waiting for a decision. They cannot move to another municipality, because they are stuck in emergency shelters. Moving to another emergency shelter is not possible.