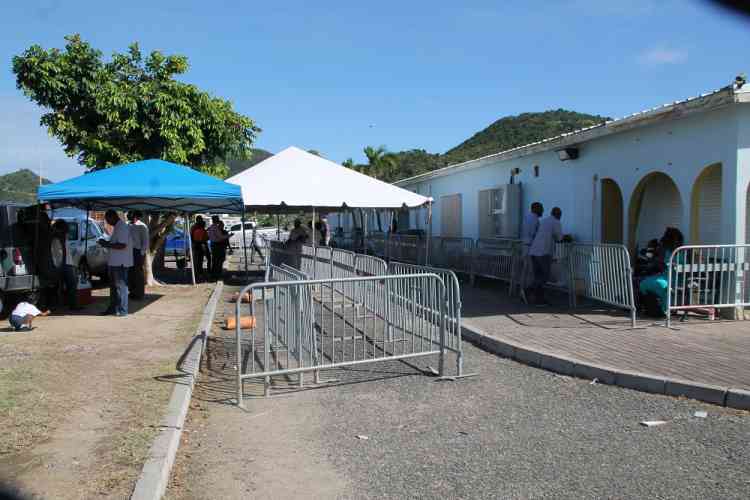 GREAT BAY – The endorsement of the list of candidates took place – as per article 23 of the Electoral Ordinance – today, January 8th 2018 as of 9am thru 4pm.

Of the six political parties that submitted a list of candidates, only four were required to be endorsed. The National Alliance and the United St. Maarten Party were exempted from this requirement, as they received one or more seats during the previous Parliamentary election. In this regard, reference is made to paragraph 4 of the aforementioned article, the Central Voting Bureau said on Monday.

“As per paragraph 1 of said article, a total of 1% of the total valid casted votes at the previous election would be needed in endorsement. As such, each party needed a total of 142 signatures.

“During the course of the day, preliminary counts were provided in order for political parties to receive an indication of the amount of signatures that they had received. The final count indicated that the SDM obtained 194 signatures, SMCP 189 signatures, P.P.A. 86 signatures and the United Democrats 268 signatures.

“The Central Voting Bureau will convene a meeting on Thursday, January 11th, upcoming, as is required by law to examine the list of candidates along with the supporting documents that have been submitted by the political parties on postulation day, which took place on January 5th.

“The second day of endorsement will be on Monday, January 15th, from 9am-4pm at the same location. The Central Voting Bureau will hold a public hearing on Tuesday, January 16th 2018 to decide on the validity of the lists that were submitted.

“Only lists of candidates that have been approved will be allowed to participate in the Parliamentary election on Monday, February 26th 2018,” the Central Voting Bureau concludes.