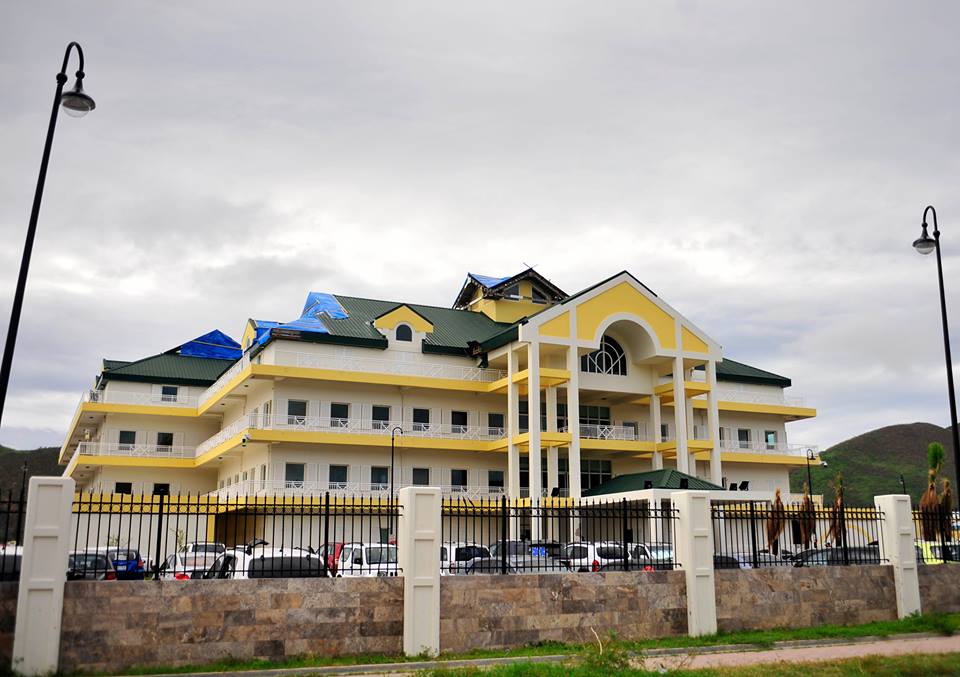 PHILIPSBURG – Gross neglect by the Prime Minister in his capacity of Chief of Disaster Management and a confrontational attitude are two of the arguments in the motion of no confidence the Parliament of St. Maarten passed with an 8 to 6 vote on Thursday afternoon, thereby sending the William Marlin-led government home.

The motion nor its result were a surprise to anybody. The new majority in Parliament of eight – United People’s party, Democratic Party and MP Chanel Brownbill – signed the motion and the vote on it was therefore a mere formality.

Already before the vote DP-Minister Emil Lee (Public Health, Social Development and Labor) made his position available. Finance Minister Richard Gibson Sr. said already on Wednesday that he would submit his resignation if Parliament approved a motion of no confidence.

The now ousted Prime Minister Marlin however, said that he would react by dissolving the Parliament and call for elections. Several members of Parliament mentioned December 20 as a possible date for those elections.

The majority of eight expressed its displeasure with the performance of in particular the Prime Minister in the wake of Hurricane Irma, though part of the criticism went – unjustly – towards Minister Emil Lee for allegedly withholding relief aid from the population.

The Parliament also approved two other motions. The first one, tabled by UP-MP Claret Connor commits the Parliament to amend the draft national ordinance Integrity Chamber and to include the matters raised in a letter from former Kingdom Relations minister Ronald Plasterk of October 13. It also instructs the Minister of Justice to negotiate a mutual agreement with the Kingdom about border control.

The second motion, tabled by DP-MP Perry Geerlings, supports the previous one: the signatories to it – the eight members of the new majority – vow to express no objections to the draft ordinance Integrity Chamber that includes the amendments recommended by the Dutch government and to express no objections against a mutual agreement about border control.

By accepting these motions, the Parliament achieved two things; firstly, it sent the Marlin-government home and secondly, it took the air out of the conflict with the Netherlands about the Integrity Chamber and about the deployment of more Royal Marechaussees and Dutch Customs officers for border control.

If it comes to elections in December, as some MPs have suggested, it means that the Marlin-government remains in office until that time, unless the new majority insists on establishing an interim cabinet.

With the resignation of Finance Minister Gibson, his task now falls on the shoulders of outgoing Prime Minister Marlin. Gibson already submitted an amended 2017 budget to the Council of Ministers – where it was approved.

The name of Ronald Halman, currently chairman of the General Audit Chamber, circulates as the favored successor of Minister Gibson at the finance department.

The demise of the Marlin-government could also have consequences for three members of Parliament: the National Alliance MPs Hyacinth Richardson, Romeo Pantophlet and George Pantophlet. They all came into Parliament after Marlin took up the position of Prime Minister, Silveria Jacobs became Minister of Education and Christophe Emmanuel Minister at the VROMI-department. They all three scored better election results than Richardson and the two Pantophlets, but there is no indication yet that the latter three are going to give up their seats.