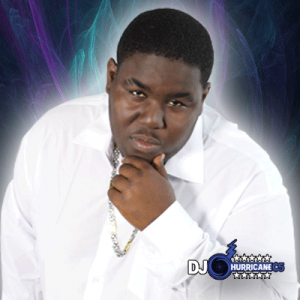 FRENCH QUARTER – The organizers of St. Maarten day festivities in French Quarter have a wry sense of humor: they open the party at 10 a.m. with a 2.5 hour long performance by Baly Francois, aka DJ Hurricane.

When Dutch marines asked radio station Laser 101 shortly after Hurricane Irma destroyed the island to play Rock You Like a Hurricane – a song by the iconic German rock band Scorpions Rudolf Schenker established back in 1965 – the radio station said that it could not find that record and distraught listeners indicated that they were upset by this choice of music. It remains to be seen how the performance of DJ Hurricane will go down in French Quarter on Saturday.

The program furthermore includes performance by the Gunslingers, DJ Fat&Sexy, Bottle Neck and the Bologne Combo.

Vice president of the Collectivité Valerie Damaseau closes the program at 6 p.m. with the assistance of DJ Fat&Sexy.

No DJ hurricane on the Dutch side where the program begins with an ecumenical church service at 8 a.m. at the new government administration building, followed by a tribute to seniors at the APS parking lot next to this building from 12 noon to 1 p.m.

At that location DJs will perform all afternoon until they make place for a cultural manifestation at 5 p.m. at 6 p.m. there is a tribute to the late Neville York, followed by the SXMStrong concert that continues until 11 p.m.

Not on the official program, but a steadfast event on St. Maarten Day is the relay race around the island. It consists of eleven tracks of two miles each. The start is at 7 a.m. at the Raoul Illidge sport complex in Cay Hill. The event marks its thirtieth anniversary this year.