Home Local News Integrity Chamber Law and Border Control Motions to be followed up on... 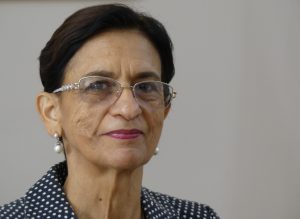 These two subjects are at the center of the dispute between the Government of St. Maarten and the Dutch Government as far as aid from  the Kingdom of the Netherlands is concerned.

The documents are necessary for the Parliament to follow up on its motions regarding the integrity chamber and border control. The President of Parliament has placed the motions on the agenda of Parliament for Tuesday, November 7th, with the expectation that the draft ordinance along with the advice of the Council of Advice and government’s comments will be presented to Parliament to be handled post haste.

If, as the government has alleged, these matters are already finalized, then nothing stands in the way of Parliament’s handling and subsequent approval.

In its motions, the Parliament of St. Maarten has taken a clear stand on the matters of the integrity chamber and border control, as the stated conditions for the reconstruction aid from the Kingdom government.

The draft integrity chamber law (ordinance) has to follow the legal procedures of any law, including advising by the Council of Advice. This advice must be accompanied by government’s comments and reaction to the Council’s advice.

While the border control agreement is the justice minister’s prerogative and the Parliament has already instructed the minister to comply with Parliament’s motion on this, the integrity chamber must be formalized in a law of Parliament.

While hypothetically, an initiative from Parliament can also accomplish legislation, such also has to be submitted to the council of Advice and reacted upon.

Hence the call to Government to speed up the process and by doing so, take away at least this hurdle standing in the way of the much needed aid for St. Maarten.

Tuesday’s meeting is a central committee meeting, a necessary part of the legislative trajectory, but the law can only be voted upon in a public meeting of Parliament.