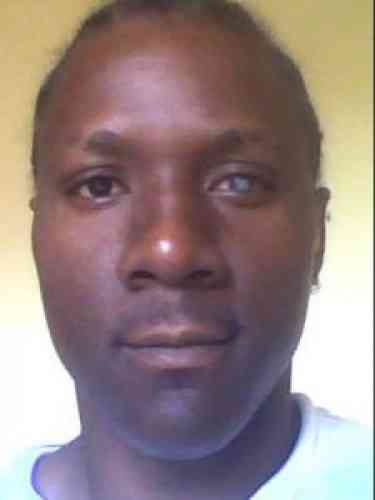 COLE BAY – In a breaking news report this morning, 721news reports that the Traffic Department is busy investigating a hit and run that occurred this morning at approximately 5am on Union Road in Cole Bay whereby an unknown vehicle traveling at high speed knocked down a male pedestrian who was walking on the side of the road. The accident occurred across from ACE Mega Center.

Apparently, the car was heading in the direction of the French border when for unknown reasons the driver knocked down the pedestrian. The victim has been identified by a family member as 34-year old Roy “Bobba” Flanders (see photo).

Bobba is a well-known figure often seen walking the roads in the Cole Bay district. Just this week, former Member of Parliament, Louie Laveist (see photo), was on the radio giving an interview about another Cole Bay resident with mental health issues and for whom the family Horsford is requesting assistance from Government.

In an invited commentary, Louie Laveist, who is also a former Commissioner of Labor and Social Affairs, told StMaartenNews.com in an interview over the phone that he will be taking this present interim government to task on the issue of vagrants and homeless persons living on the streets of St. Maarten.

Laveist says that Government has a responsibility for all citizens on the island, whether of Dutch nationality of not, who are mentally disturbed. “The abuse these individuals have to suffer is uncalled for and they are often manhandled and abused worst than animals.” Laveist said. “Government has a responsibility to help these people on a structural basis and not just give lipservice to the issue as every life has value.”

The former Commissioner of Labor and Social Affairs explained that when he was in government at the time as commissioner there was a program to send mentally ill patients to Curacao to the Capriles clinic for treatment. However this program was abandoned because of a lack of funding. Despite this, government needs to find ways and means to invest in a new program as there is the Turning Point foundation here on St. Maarten that can treat patients locally.

“Now someone has lost their life and first of all, the driver has to be found and brought to justice for what happened.” says Laveist. “But Government too is culpable as they have only been paying lipservice to the plight of people walking the streets.”

Laveist continues: “Government is completely ignoring the inhumane situation in the country and from a humanitarian point of view I am calling on those in government now to take action for the homeless. When Mr. Ferrier was not in government he wrote about the homeless in public on St. Maarten. Now that he Ferrier is in government as Minister of Finance, I will be asking him to put his money where his mouth is.”

Laveist also states that he will also be asking Minister of Social Affairs Emil Lee to take action and step up to the plate. “I will not be giving them a break,” Laveist said. “If they cant handle the job, let someone else do it. This situation can’t be ignored any longer, action must be taken now.”

In regards to the aforementioned hit and run case, police are asking for anyone who may have witnessed this accident to contact the Traffic Police at the Philipsburg Police Station or call 542-2222 and ask for the Traffic Department.