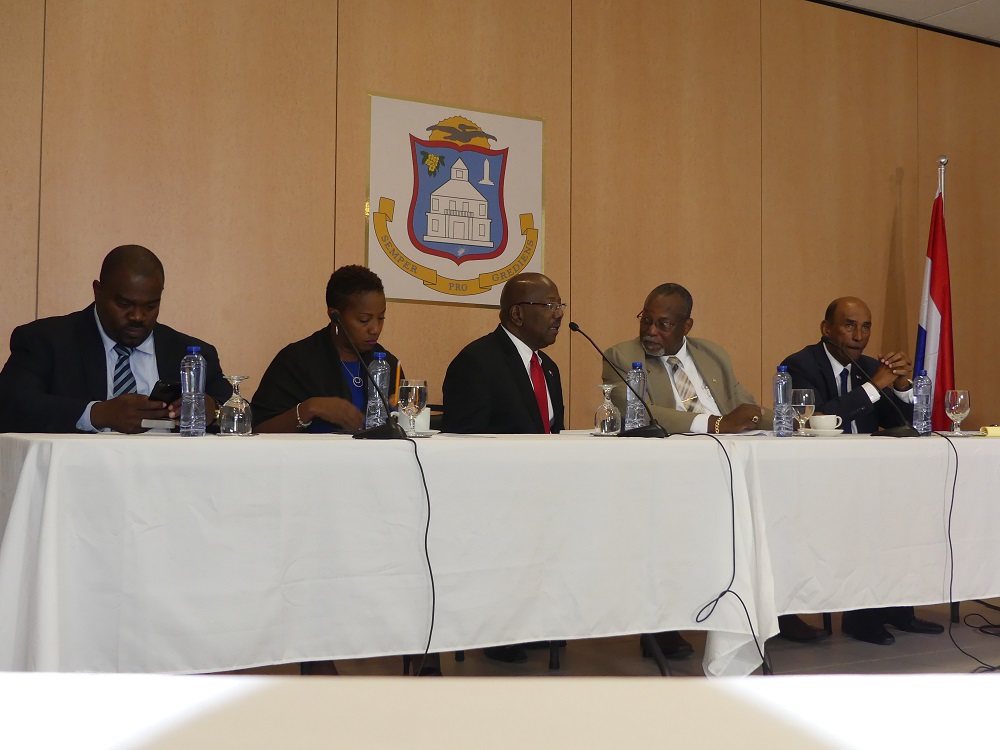 Marlin said that the new majority in parliament is “based on ship jumping” and that his government had prepared legislation to prevent this. “MPs jump ship for personal gain,” Marlin said, adding that the draft legislation would allow ship jumpers to retain all their rights but one: the right to be involved in the formation of a new government.

DP-leader Sarah Wescot-Williams emphasized earlier this week that MP Chanel Brownbill, a member of the USp-faction, had not declared himself independent. In other words, he formally did not “jump ship.” Instead, Wescot-Williams said, Brownbill will “align himself with the DP-faction.”

Marlin summed up all the criticism he has had to endure: from the containers that were put up to block the border with the French side, his criticism of the military, to the responsibility for the looting and for the fact “that Maho was blown away and that people are out of jobs.”

“The Prime Minister caused everything under the sun. By now people will know that all this is not true. Today we realize why all of these attacks on the Prime Minister were built so that when the time comes for them to make the move the minds of the people in St. Maarten and in the Kingdom – with support from media in the Netherlands – would be influenced,” Marlin said.

The government decided already weeks ago to provide assistance to people who need it, the prime minister said. “We created a budget to put roofs and to repair homes for those who qualify. The Minister of Public Health and Social Development said in a press briefing that it is not his management style to interfere with his civil servants. Because the minister knew that he would take the heat for not taking his responsibility. He had to come with the proposals, make an announcement that government is ready to help people. There was a clear obstruction on the part of the minister to delay, while the Prime Minister took the heat for people who were not getting aid.”

Marlin said furthermore, “As I speak right now, there is food locked up in containers, tarpaulin locked up in the building. The question is, why are they not being distributed.

Marlin stated that “ship jumpers should be punished” and that there is no difference between what he wants and what the DP wants. “However, if Parliament continues and passed a motion of no confidence, the Council of Ministers will dissolve the Parliament and give the mandate back to the people. Our system allows for these provisions.”