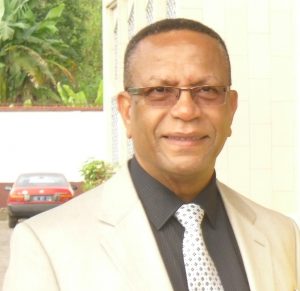 Last Thursday, while the honorable MP, Tamara Leonard had the floor, the honorable Chairlady of Parliament interrupted, stating that it was brought to her attention that there was no longer a quorum in House. A public role call revealed that, with the exception of MP Ardwell Irion, all the other NA and USP faction members, who were present at the beginning of the meeting, were now absent. Blatantly and deliberately missing in action!

Strange enough, some two years ago, Members of Parliament pulled a similar stunt. On March 31, 2015, the Daily Herald carried an article with the following headline “No Quorum for meeting on Integrity Chamber Law”. Let the last three paragraphs of that article refresh our minds as to what transpired? “NA MPs Marlin, Emmanuel and Silveria Jacobs along with Democratic Party (DP) MP Sarah Wescot-Williams were in their seats in the General Assembly Hall, but they did not sign the attendance list. The only signatures on the attendance list were those of coalition MPs Dr. Richardson, Theo Heyliger, Silvio Matser, Tamara Leonard and Johan Leonard of UP, Frans Richardson (United St. Maarten party) and Cornelius de Weever (independent). Absent with notice were MPs Franklin Meyers and Maurice Lake of UP, and Leona Marlin-Romeo (independent)”.

In the private sector, when employees walk off the job, without giving notice, they are summarily dismissed, fired on the spot and they also lose their employment benefits! Not so with our honorable members of Parliament, who seemingly are above the law. They can disrespect the House of Parliament and a fellow Member of Parliament by walking out of the room while she is speaking and without notifying the Chairlady. They then attend subsequent meetings without giving a reason or an apology and act as if nothing has happened. Basic manners and ethics, learned at home, teach us that this type of behavior is rude, impolite, disrespectful and unethical. It is not only disrespectful to the House of Parliament but more so to the 3.778 NA voters, the 2.784 USP voters as well as to all the people of Sint Maarten whom these renegade parliamentarians swore to represent when they took the oath of office exactly one year ago. They now act as if they are accountable to no one and I am sure that at the end of the month these “walk-out” parliamentarians still expect to receive their full month’s salary.

The walk-out by the NA/USP factions is also a demonstration of lack of integrity, the very topic that was being discussed at the time. A lack of integrity does not only refer to big time crime, corruption, bribery, etc. but it also denotes being dishonest, failing to keep one’s promise, not trustworthy or accepting payment for work not performed. These representatives in Parliament took an oath to represent the people. Walking out, after giving their reasons, was the ethical thing to do. But to walk out in a stealthy manner, that the Chairlady did not even notice, is really not becoming of mature representatives of the people. This behavior clearly demonstrates a lack of integrity on the part of our renegade parliamentarians. Consequently, this walk-out action by USP/NA faction members (with the exception of MP Ardwell Irion) is even more evidence of the need for an Integrity Chamber. I must commend the honorable MP Ardwell Irion, even though being the youngest and most junior Member of Parliament in the NA faction, demonstrated more maturity than his senior colleagues.

It is my opinion that once politicians have been elected to parliament they should begin to act like statesmen and put the people’s business before politics. This type of political antics belongs to old school politics and certainly does not contribute to raising the bar in Parliament. If a parliamentarian does not agree with a colleague then the ethical thing to do is to hear the speaker out and voice your objections when you have the floor. Unfortunately, in the Central Committee Meeting of October 26th 2017, the NA/USP parliamentarians forfeited the opportunity to represent the people of this country as stipulated in article 44 of the Constitution.

The walk-out by the NA/USP factions also raises some questions. Are we to interpret this walk-out to mean that these MP’s do not feel that they are worthy to discuss matters of integrity? Does this walk-out signify that they do not consider this topic worth their presence and their time? Does this walk-out mean that they do not care about the people’s business and interests? Our people just experienced the worst hurricane ever and many are roofless, homeless, and jobless and everybody is worried about the reconstruction of the country. For more than seven weeks people have been waiting for government to offer direction and solutions to help the country get back on its feet. But instead, a standoff developed between our local government and the kingdom government, concerning the two conditions: the integrity chamber and border control. In this Central Committee meeting people were expecting to hear what their representatives would have to say about these two conditions. People expected Parliament, as the highest supervisory body, to issue an instruction to the Prime Minister and Government as to what to do next to get the country out of this quagmire. Instead, the NA/USP factions walked away from their responsibility which resulted in the closure of the meeting. This walk-out is blatantly impolite, disrespectful and does not demonstrate the maturity and integrity expected of a parliamentarian. On the contrary, this walk-out demonstrates the need, more than ever, for the integrity chamber!