Home Local News Slap on the wrist for first Emerald-suspects 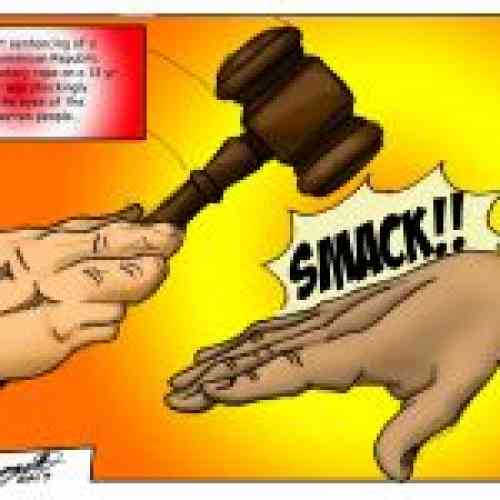 The sentences must be a disappointment for the anti corruption task force (TBO) and the public prosecutor, because the demands against both defendants at the trial on February 7 were significantly higher: 15 months of imprisonment and a conditional fine of 250,000 guilders. The public prosecutor said that his office will study the verdicts before taking a decision about a possible appeal.

Emile Construction invoiced the harbor between 2013 and 2016 for $1,049,979; KG Construction’s invoices over the same period totaled $867,496.75. Arrindell and Fleming never filed correct or complete tax returns for income and turnover taxes over those years.

At the trial, the prosecution calculated the fiscal disadvantage caused by Fleming at 750,000 guilders and that caused by Arrindell at 850,000 guilders. And while the court said that the impact of tax fraud on a small community like St. Maarten is more severe than it is on larger countries, it refrained from imposing unconditional prison sentences.

“It has seldom occurred in the Caribbean part of the Kingdom that a suspect has been brought in front of the criminal judge solely for tax fraud. The court cannot close its eyes for that fact,’ the court ruling against both defendants states. “That this has changed is evidently linked to the start of the anti corruption task force. Financial investigation capacity has been freed up to tackle these undermining cases. This way, the tradition of non-prosecution has been broken.”

But because that tradition did not exist yet at the moment of the proven tax fraud, it is not that obvious to impose an unconditional prison sentence, the ruling states. The court furthermore observes that the Netherlands does have such a tradition: serious tax cases have been handled in criminal court for years and unconditional prison sentences are not exceptional.

The court furthermore noted that the court in Curacao did not demand an unconditional prison sentence either in the Saffier-case against former Central Bank President Dr. Emsley Tromp.

In the future unconditional prison sentences for tax frauds may become the point of departure, the ruling states, but at this moment the court will take a different point of view, except in exceptional cases.

And the case against Keith Fleming is not exceptional, the ruling states. The defendant explained practically everything, though he did not reveal the identity of the man who approached him at the port; Fleming only described him as Randall or Randy.

The court found that Checkmate-director O’Neal A. probably had forged invoices made in the name of different construction companies; these invoices – with amounts between $20,000 and $25,000 – with brief referrals to construction or cleaning work went to harbor director Mark Mingo, who made them payable by check. O’Neal A. picked up those checks, gave them to the owners of the companies to whom the checks were made out. The company then deposited the check into its bank account and took most of the money shortly afterwards out in cash.

The investigation showed that the companies had no, or hardly any, administration.

Policeman Akeem Arrindell – a brother of Checkmate-director ‘Neal A. – did not cooperate all that much with the investigation against him. He only declared that he had established his company Emile Construction “to make more money,” that he had not rented any office space and that he had not bought any machines or other materials either. He said not to know how much turnover his company had generated. Other questions met with silence. Arrindell did not appear in court either.

In determining the sentences against both suspects, the court also considered that the tax inspectorate “most likely will take measures to cash in the turnover tax and the income tax Fleming and Arrindell owe.”