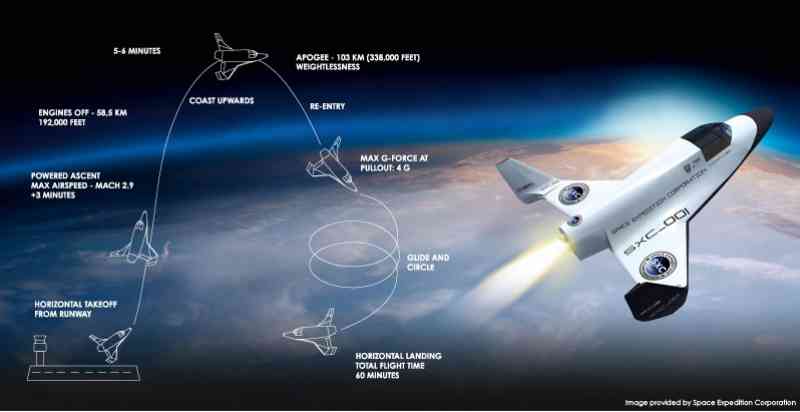 WILLEMSTAD – XCOR, the American company that aimed to offer flights into space with its Lynx rocket plane from a launching platform in Curacao, is bankrupt and the space tourists who paid more than €70,000 – 260 in all, for a total of more than €18.2 million (close to $21,.5 million at the current rate of exchange) – have lost their money, the Volkskrant reported on Tuesday.

The Dutch entrepreneur Michiel Mol established the Space Expedition Corporation in 2011, a company XCOR acquired in 2014. The plan was to launch Lynx rocket planes from Curacao that would shoot travelers within an hour to an altitude of 103 kilometers – just over the perimeter of the atmosphere and the cosmos. There, space tourists would experience a couple of minutes of zero gravity.

The first flight into space from Curacao should have taken place already two years ago. But Michael Blum, the director of XCOR wrote last week to what he called his ‘fellow-astronauts’ that his company had failed, because the Lynx rocket plane still was not ready for its first trip into space. XCOR was already for some time in financial trouble and it did not manage to find new investors.

The future of private space travel seems dark now. On October 31, 2014, the Virgin Galactic spaceship exploded over the Mojave Desert in California, and it was not even outside of the atmosphere. Virgin’s Richard Branson wanted to offer space flights at $250,000 a ticket, but that plan never became a reality.

Among those who received a free ticket for a flight with the Lynx is Martinair founder Martin Schröder. The octogenarian told the Volkskrant after he learned of XCOR’s bankruptcy: “This is a very big disappointment. With my 86 years I could have become the oldest astronaut ever. When things do not go your way you should not whine, but I was really looking forward to this. I am not going to give it another try with another company. For me the book is closed now.”