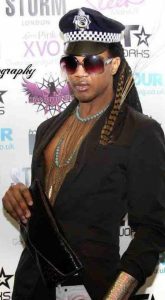 As part of the Top Model franchise, BNTM is based on the American television series America’s Next Top Model. The show’s winner normally receives a modelling contract, cosmetics campaign, and a spread within a fashion magazine which also includes appearing on the front cover. Other benefits include a car, holiday, money, or an apartment among other things.

The series features a group of young female contestants who live together in a house for several weeks while taking part in challenges, photo shoots and meetings with members of the modelling industry. Normally, one poor-performing contestant is eliminated each week until the last contestant remaining is declared ‘Britain’s Next Top Model’.

Francis Mathew, who is also known as “Mr. Fierce”, has garnered a reputation as the Catwalk Professor ever since he was awarded ‘Best Runway Model Coach’ at the prestigious BEFFTA awards, a show which celebrates and rewards the achievements of known and unknown black personalities within the Black Entertainment, Film, Fashion, Television and Arts communities.

Mr. Fierce, known among other modelling activities for teaching summer modelling classes on St. Maarten, informed stmaartennews.com that he has had the honour to grace such British television shows such as ITV2’s Model Misfits and Mayhem series and MTV’s Plane Jane, a show which has been seen around the world by millions of viewers.

“If you thought that was enough for this island man, you’re dead wrong” proclaims Mr. Fierce, as he wishes to publicly make it known that Britain’s Next Top Model – BNTM show has a seat reserved for him and that he is claiming that seat, to which he staked a claim some seven years ago already. He says “his faith has been tested long enough.”

An Instagram campaign has now started where people can comment as to why Mr. Fierce should be a judge on this show. Mr. Fierce says he is looking forward to support from his island people to help him make television history. “Coming from a 37 square mile island who would ever think a St. Maartener would be gracing such big TV show like this?” asks Mr. Fierce.

Mr. Fierce is highly confident of his chances to get a seat on BNTM’s judges panel. If he does, he will be following in the footsteps of such famous fashion models, popstars and actresses such as Elle Macpherson, Tyson Beckford and Dannii Minogue. “As his first steps,” he says, “he will have St. Maarten designers dress him for this show so that he can shine his island heritage.”

Everyone can support Mr. Fierce. Here is how to do so…

From an unexpected corner, Mr. Fierce has received support from none other than Member of Parliament, Tamara Leonard, who wrote the following message on his instagram page in support of his fierceness to claim and demand a seat on BNTM:

Presently, as a Member of Parliament here on St. Maarten, and having had the honor of watching, or rather witnessing first hand, what Catwalk Professor aka Mr Fierce is capable of, I believe that there isn’t anyone more deserving, and qualified to be a judge on BNTM (Britain’s Next Top Model) television series. Respected by many as the UK’s version of Ms. Jay Alexander, Mr. Fierce has worked hard for his spot on this show. Not only did he coached many pageant queens here on the island, but he has also captured the title of best Catwalk Coach at the BEFTA awards multiple times. I know that I do not stand alone when I say that many believe and stands firmly behind this talented individual.

Mr. Fierce concludes by saying: “This will be a living testimony that you should never give up on what you want. It might take years but what is meant for you, no one can never take away.”