ORANJESTAD – Politician Clyde van Putten has apologized to residents of St. Eustatius for his highly criticized statement on murdering and burning the Dutch military. He said he would take ‘full responsibility’ if he has to appear before the judge in court.

In the strive for more autonomy, the Island Councilman said last week that the Dutch military would be ‘killed and burnt in the streets of St. Eustatius’ if Minister Ronald Plasterk were to send troops to the island.

“I think that the statement I made about ‘killing’ and ‘burning’, was uncalled for. I believe it was reprehensible. I believe it’s a statement that I need to distance myself from”, van Putten stated Tuesday on local radio. He said, “I’m very sorry. I offer my humble apologies.”

The politician said in his radio interview that he would ‘continue fighting for more autonomy’ for St. Eustatius. Therefore Van Putten is not thinking about stepping down, unlike the various calls on social media for him to do so.

Outgoing Minister Ronald Plasterk (Home Affairs and Kingdom Relations) finds the statements ‘unacceptable’ and ‘inexplicable’ towards the Dutch military. He filed a complaint against Van Putten on Friday, the Public Prosecutors Office (OM) confirmed in Willemstad.

The OM is now conducting preliminary research ‘to get everything in writing’, thereafter it will be determined whether to move forward with a criminal prosecution of Van Putten, said OM spokesman Norman Serphos.

Van Putten made the statements on the autonomous island of Curaçao during a conference on autonomy and independence. In case of criminal prosecution, the Attorney General in Willemstad will have to decide if the Public Prosecutor of Curaçao or of the BES Islands will prosecute. In practice, this means that it is carried out by the Curaçao National Criminal Court or by the Rijksrecherche.

‘Taken out of context’

According to PLP leader, his statements were taken ‘out of context’ from a video clip in which he makes the infamous statements about ‘killing and burning’ militaries. He blames people with a ‘political agenda’ and ‘bad intentions’ for putting him in a ‘bad light’. Van Putten says that it was not his intention to ‘instigate violence and hate, as is now being insinuated.’ 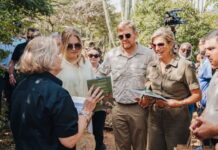 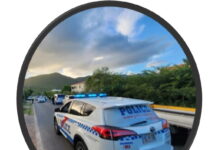