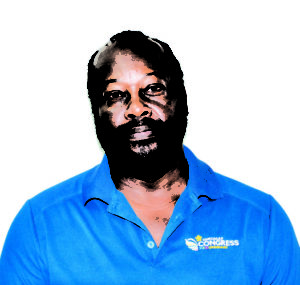 When I sat down last week to put an article together it was with certainty that by this week we would have been placed under curatorship by the colonial masters, based on their expressions and an antiquated law.

However today reality is completely different, as our (mis) leaders depending on which side you take, have taken the charade a bit further and we are now on the threshold of no responsible or respectable governance.

Anything done regardless of the good intentions in a haphazard and improper way will continue to fail and fail miserably. This country within a country experiment has proven more than once in seven years to be functionally unsound.

To begin with we never received what was promised, we gave up all autonomy we had under the Netherlands Antilles with the gullible notion that we can be equals in their Kingdom. In the past seven years nothing the islands considered important ever got the support of the Dutch, while all their dictates had to be followed to the letter. I believe we are too eager to take the explanations of outsiders and turn on our own. We have accepted as fact that the Dutch will come running with a bag of money, so demonizing each other is the way to go.

We don’t know as yet what part we will have to repay, and at what interest rate. What we have agreed to again under duress is to establish an integrity chamber according to the Dutch wishes and give them total control of the borders. I have stated before that I believe that any government losing the support of a majority in Parliament should not await a vote of no-confidence but do the right thing and resign.

While I have personally spoken to some members of Parliament who still are willing to hear my opinions about a national government, this proved futile. It is widely believed that the dissolution of Parliament is a retaliatory and vengeful act.

Members of the outgoing government though see it differently. It appears that the previous coalition members had assigned their signature to an agreement to dissolve Parliament should there be instability caused by “ship jumping” so as the Dutch says agreement is agreement, we should just dust off the document and live by what you in friendlier times thought  a good idea.

It is with that same shortsightedness you sold our autonomy and we are suffering from what you brought us in return. Be it vengeance or as per agreement the suffering of the people that all of you say is paramount to you have not abated and seems to be getting worst. I don’t see one party or Member of Parliament in a different light than the other, you are all accountable for the mess we find ourselves in, and I hope my homeless, jobless, hopeless battle-fatigued people will explain it to all of you at the poll in January. While vengeance remains the Lords, I am sure he would approve of the poor making good use of it.