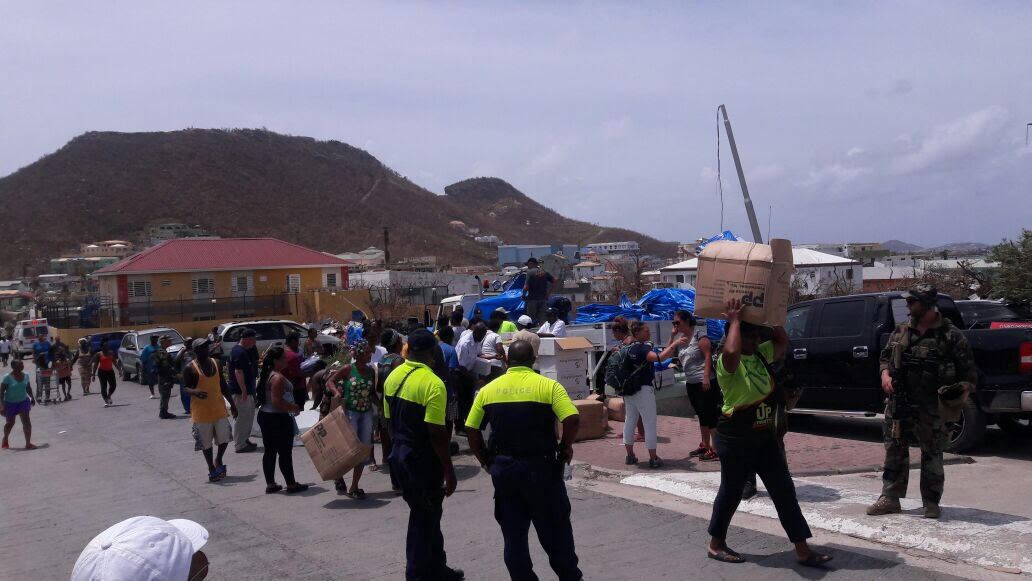 PHILIPSBURG – Prime Minister William Marlin made a very serious accusation that Minister Lee is deliberately withholding the delivery of relief goods from the people in an attempt to make the government and Prime Minister look bad in order to justify a change in government.

Minister Lee stated, “It is really sad that the Prime Minister would sink so low to try and blame the entire Ministry of VSA with an out and out lie. This is clearly a desperate attempt by a seasoned and cynical politician to shift the public’s anger away from himself in order to hold on to his job.

The PM stuck to his position regarding Dutch conditions on relief aid until his position as PM was at risk. The DP and UP offered to form a National Government several weeks ago but this was never addressed. Now with a vote of non-confidence looming, he offers to form a national government again, not for the people but to safeguard his own position as PM.”

To accuse the Minister and by extension the people of the Ministry of preventing delivery of humanitarian aid and relief goods to the needy is to accuse the civil servants and many volunteers of corruption, and aiding in a deliberate attempt to deny the people relief for political motivates in an attempt to make the PM and this government look bad. This is clearly false and irresponsible.” stated Minister Lee.

“As Minister, I have faith in the hard working and dedicated civil servants. Departments under the Ministry VSA have developed emergency plans under the EOC. Post Irma, I was there every day to support, guide and assist the Ministry. I recognized that political interference of distribution of relief aid in times of crisis would be inappropriate.

I have and continue to have faith that the staff of the Ministry is doing its best under difficult circumstances to ensure that assistance and relief reaches the needy in our community. It would have been inefficient and inappropriate as Minister of VSA to take relief goods and hand out relief aid as if it was tee shirts during election campaigns.

During this time, I have been focused on structurally supporting the Ministry and the longer-term issue of ensuring that money for continued relief and recovery is available. Without substantial financial support, assisting the unemployed, the poor and those without resources to rebuild their homes will be impossible,” said Minister Lee in a press statement.

“I invite the SOAB or integrity chamber to come and interview all of the civil servants to verify that no systematic manipulation of delivery of relief goods was instituted by the Minster of VSA and Ministry of VSA. I also invite the authorities to question the other ministries to find out if they had goods consigned directly to their Ministry and how those goods were delivered and to whom.”