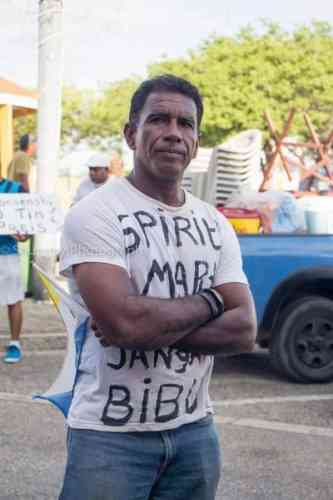 NKBB congratulates the peoples of Bonaire for their unprecedented act of courage and resistance of massively protesting and boycotting the March 20, 2019 cover-up elections organized by the Dutch government in a desperate action to legitimize the Dutch colonial status imposed on October 10, 2010. As all politics-annalists are analyzing the results, NKBB determines that the referendum 2015 base of 5040 No-votes remained steady and grew further. The 2019 elections results show; 5269 no-voters and 215 blank and invalid votes and the pro-Bonaire parties (EN-UPP-FSP-URB) 1284 votes totaling 6768 voters remained unhappy and protested against the current colonial status.