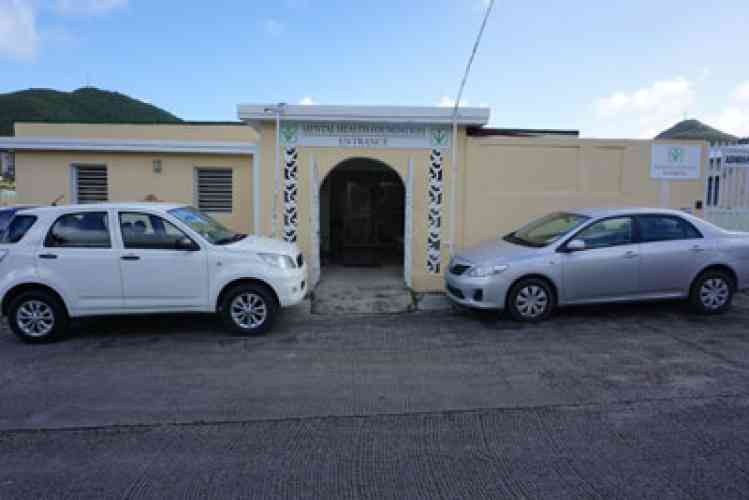 PHILIPSBURG:— Last year, after Hurricane Irma devastated St. Maarten, most of Mental Health Foundation’s (M.H.F.) vehicles – vehicles used to help their clients – were either completely destroyed or sustained a lot of damage. Doctor Naeem Juliana, who had worked for the foundation as a medical doctor in 2014 and is currently specializing to become a psychiatrist in the Netherlands, decided to take action and initiated a campaign via 1% Club (crowdsourcing website in the Netherlands). He approached his personal and professional network to raise the funds needed to assist M.H.F. Through his campaign, Doctor Juliana has managed to raise approximately $10,000. He then decided to come to the island – placing his specialization on hold – to help M.H.F for a few months.

In the aftermath of Irma, Car Rental Avis contacted the Mental Health Foundation concerning the used cars they had on sale. When the M.H.F staff visited Avis, discussed the situation, and saw two appropriate cars, Avis decided to donate the cars to them. The cars are now being used to benefit the ambulant care team, who are also responsible for crisis intervention, and for the clients of Faraja – Mental Health’s Foundation day treatment center. M.H.F has also received a significant amount of financial assistance from “Samenwerkende Fondsen” and the “Nederlandse Vertegenwoordiging”. By adding this assistance to the $10.000 brought in by the 1% club, MHF has been able to pay for a large bus that will be used to facilitate transportation of the Faraja patients to and from their homes and activities.

In general, the Mental Health Foundation would like to express its sincere gratitude to Avis, Samenwerkende Fondsen, de Nederlandse Vertegenwoordiging, Astare zorg, GGZ Vervoer, OZ Caribbean, Botika Sorsaka and Ezorg NV in Curacao, Ezorg NV in Curacao, Doctor Naeem and the contributors of the campaign (especially many colleagues at Altrecht GGZ in Utrecht), K1 Britannia Foundation, Red Cross, The Quill Foundation, and Mental Health Caribbean (MHC), Honorable Minister Lee and MP Geerlings, and many others some of whom wish to remain anonymous. These generous donations, in the aftermath of devastating hurricane Irma, have enabled the Foundation to continue to be active in the community and support the community’s mental health needs. This support is sincerely appreciated; it has motivated the teams to continue their work regardless of the circumstance and provides for enhanced care for the patients.