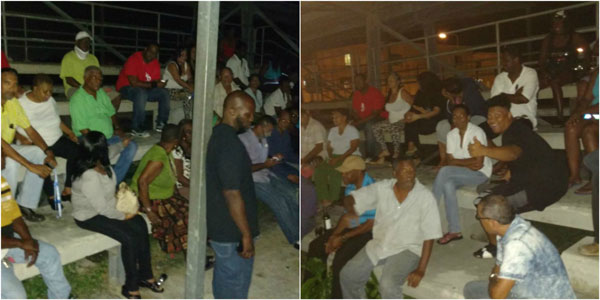 PHILIPSBURG:— As the saga continues at the St. Maarten Housing Development Foundation (SMHDF) the tenants that reside in Belvedere met Tuesday night where they put together a resolution based on a signature drive and concluded that Elton Fos will remain their representative until further notice. In the resolution which can be viewed beneath this article, it states that BHOTA the tenants association did not comply with its articles of incorporation and that Benjamin Kelly neither BHOTA cannot make decisions for the SMHDF tenants without their consent. The spokesperson for the concerned tenants that signed the resolution is Sidney Drommont, Ramses Jamalodine, and Alida Brown. In another resolution, it states that neither BHOTA, Benjamin Kelly, nor Barbara Cornet could represent them on the SMHDF board. The resolution further states that the Supervisory Board of SMHDF or any political party cannot decide who should be representing the tenants on the Supervisory Board.
The resolution along with those that signed the petition to retain Elton Fos on the SMHDF can be viewed beneath this article.