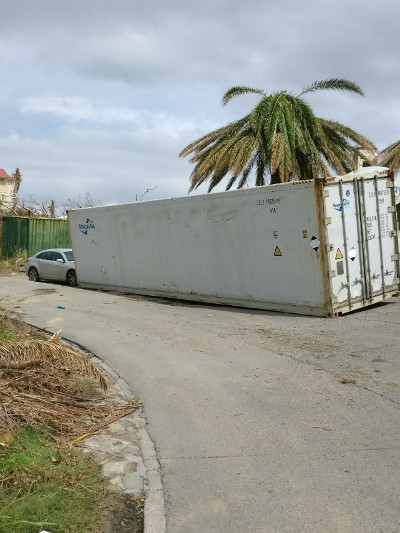 FRENCH QUARTER/OYSTER POND:— For the first time since 1648 the borders between the Dutch side (St. Maarten) and the French side (St. Martin) are closed.
SMN News reporter witnessed a container blocking passage of French residents to the Dutch side at the entrance to Oyster Pond. At the Belle Plaine border, there are police/military controls and only persons with Dutch ID card/Dutch Nationality are allowed passage to the Dutch side.
Residents who are traversing the island to check on their family members or pooling resources in this difficult time are now impeded by this security measure.

SMN News reporter revisited the Oyster Pond border about an hour later and saw that a car had crashed into the container and it was likely removed by residents in the area.