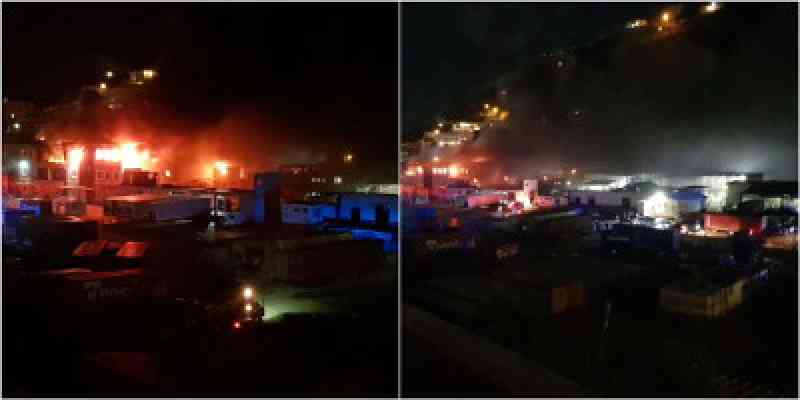 POINTE BLANCHE:— A huge fire broke out after midnight at the George Pilgrim building in Pointe Blanche. Information reaching SMN News states that the containers around the building are also on fire.
Due to the fire traffic in and out of Pointe Blanche halted as firemen are doing their best to put the blaze out. Police Spokesman Ricardo Henson said the warehouse at the back of the building behind the building is totally destroyed due the fire. Henson said the front building is also partially destroyed. According to the Police Spokesman welders were working inside the building repairing the roof up to about 11pm Thursday night. He said the fire started about 11:30pm and firemen were still busy putting the blaze out.This article will be updated when more information becomes available.