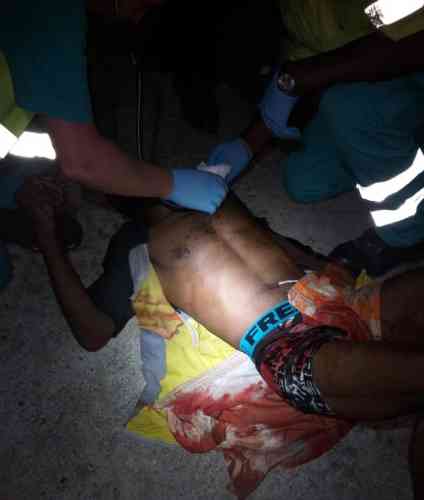 PHILIPSBURG:—- The Police and Detective Departments are presently investigating a shooting incident which took place on March 9th at approximately 10.00 p.m. on the Tangerine road in Sint Peters. Numerous callers informed the Emergency Dispatch that they heard several shots being fired behind of Desam Supermarket on the Tangerine road. The callers also stated that they could hear someone calling out for help. Immediately several police patrols, Detectives and paramedics were sent to the scene to investigate what had taken place. On the scene, the investigating officers located the male victim who was bleeding from multiple gunshot wounds to