BRIDGETOWN, Barbados:— Hurricane Irma has had a major impact on a number of Caribbean countries in the northern Leeward Islands and the norther Caribbean and continues to threaten several more.

Following is an update regarding Irma’s impact as well as steps being taken by countries still in the hurricane’s projected path:

Antigua and Barbuda
Antigua was spared Irma’s brunt, but it passed over the island of Barbuda. Antigua’s V.C. Bird International Airport reopened in the afternoon of 6 September to flights into and out of the country.

The government reported no loss of life on Antigua and the local population and all visitors to the island are safe. Most residential, business and hotel properties in Antigua remain largely unscathed and already the main roads have been cleared of debris.

Anguilla
A complete assessment is still underway, however, the latest assessment reports indicate that critical infrastructure, such as the hospital, airport, fire station, police station, government buildings and utilities received moderate to severe damage. Repair and road clearance crews are working diligently in efforts to restore conditions to pre-Irma status, and as the clean-up begins the full extent of the damage is being revealed.

The government is reporting there was one confirmed fatality.

The British government has deployed three humanitarian aid experts from the UK to assist with needs assessments and coordination.

The British naval ship Royal Fleet Auxiliary Mounts Bay has arrived on island, with 40 Royal Marines and Army engineers on board. The ship carries a range of equipment to support humanitarian responses including vehicles, tents and facilities to purify water. Hundreds of troops and the Royal Navy flagship HMS Ocean to its overseas islands.

The Islands of The Bahamas
As Hurricane Irma make its way towards The Islands of The Bahamas, the Bahamas Ministry of Tourism reported that the Lynden Pindling International Airport in New Providence, as well as airports in Inagua, Ragged Island, Acklins, Crooked Island, Mayaguna, Long Island, Rum Cay, Exuma & the Cays, San Salvador, Cat Island and Eleuthera are closing at sunset on Thursday, Sept. 7.

The tourist board is reporting that most communications remain down, including mobile phone service and internet access.

The Government has begun to coordinate humanitarian relief efforts and an initial clean-up operation. The British government is sending hundreds of troops and the Royal Navy flagship HMS Ocean to its overseas islands affected by Hurricane Irma.

Cuba
The Cuban civil defense agency is preparing people on the northern coast of Cuba’s eastern provinces. Santiago province has opened 125 evacuation centres that can hold 38,000 people. Civil Defense representative Odesa Fuentes said the centres will remain open for the duration of the storm’s passage on Friday, Sept. 8.

Dominican Republic
It has been reported that Irma’s strong winds and torrential rains affected the Dominican Republic on Thursday, Sept. 7, damaging homes on the north coast of the country. There are no immediate reports of deaths and information is still being gathered.

Haiti
The Haitian government called for all institutions, public and private, including banks and stores, to be shut down from noon on Sept. 7 until further notice. President Jovenel Moïse said his cabinet spent a week preparing for the hurricane and the police are working with local officials to evacuate people from the most vulnerable areas.

Puerto Rico
On Thursday morning, Sept. 7, Puerto Rico Gov. Ricardo Rossello reported that more than one million people in the country are without power and that crews are investigating and until they know the extent of the damage, “it will be difficult to estimate how long the power outage will last.” Rossello added that ports on the island are still closed, and it’s unclear when commercial flights will resume.

St. Kitts
The eye of Hurricane Irma passed to the north of St. Kitts & Nevis and the Federation sustained minimal damage overall. Hotels are reporting no structural damage and all visitors are safe and accounted for. St. Kitts’ Robert L. Bradshaw International Airport reopened today at noon.

The St. Kitts Tourism Authority is reporting that the islands’ tourism providers are in the process of reopening, and hotels are returning to business as usual. Restaurants, attractions and shops, including the popular retail outlets at Port Zante are now open, with The Carnival Fascination confirmed to visit St. Kitts tomorrow as planned.

Nevis
The Vance W. Amory International Airport is open. Electricity has been restored across the island and hotels are reporting minimal structural damage, with beach and debris clean-up under way.

The Four Seasons Resort Nevis reports that the resort is in fine shape and all areas are generally dry. Hermitage Inn, too, is reporting just general debris and no structural damage. The Great House and cottages at Nisbet Plantation Beach Club are in excellent condition however there was damage to the Sea Breeze Beach Bar, the decking and the beach.

St. Barthelemy
It has been reported that St. Barth’s was heavily impacted by Hurricane Irma which destroyed government buildings and badly damaged private homes and resorts including The Eden Rock Hotel. There is flooding throughout the destination. The French government is sending people and supplies to the country to assist with recovery efforts.

St. Maarten (Dutch) / St. Martin (French)
It has been reported that much of the dual-island nation has suffered significant damage, with hotels, government offices, homes and smaller buildings badly damaged on both the Dutch and French sides of the island.

Princess Juliana International Airport suffered extensive damage to the roof and building, but the authorities are working on clearing the runway.

Damage is reported to the dock and seafront areas.

Speaking of the former Dutch Colony of St. Maarten, Dutch Prime Minister Mark Rutte said there is “widescale destruction of infrastructure, houses and businesses. There is no power, gasoline or running water.”

Sonesta Hotels has reported major damage to all three of its resorts and Oyster Bay Beach Resort has also reported extensive damage. All guests are safe and are currently in on-property ‘safe areas’ at the resorts. All further reservations from now through the end of 2017 will be cancelled.

The Westin Dawn Beach also suffered significant damage, so too the Beach Plaza, while Hotel Mercure suffered some damage.

Both the French and Dutch governments are sending people to the country along with supplies and vital aid.

Four people have been confirmed dead and 50 injured in St. Martin while one death is confirmed in St. Maarten.

In St. Thomas, Windward Passage will be closed for six months due to Hurricane Irma, while
Sugar Bay Resort & Spa sustained significant property damage, forcing its closure through December 31, 2017.

On St. Croix, the Buccaneer remains open for business, but reports that there may be some limitation of services over the next few days.

Turks and Caicos Islands
A hurricane warning is in effect for the Turks & Caicos Islands and residents have been advised to complete all preparations and evacuations in potential flood zones.

The CTO and CHTA are actively monitoring the hurricane and will continue to share updates from member countries in the CTO Storm Watch Centre on www.onecaribbean.org as well as on CHTA’s website www.caribbeanhotelandtourism.com.

Violence and harassment at work has affected more than one in five people. | SMN NEWS

December 5, 2022
0
GENEVA (ILO News) – More than one in five people (almost 23 per cent) in employment have experienced violence and harassment at work, whether physical, psychological or sexual, according to a new joint analysis, the first of its kind,...
Read more 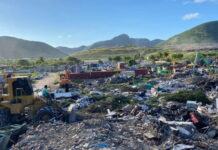