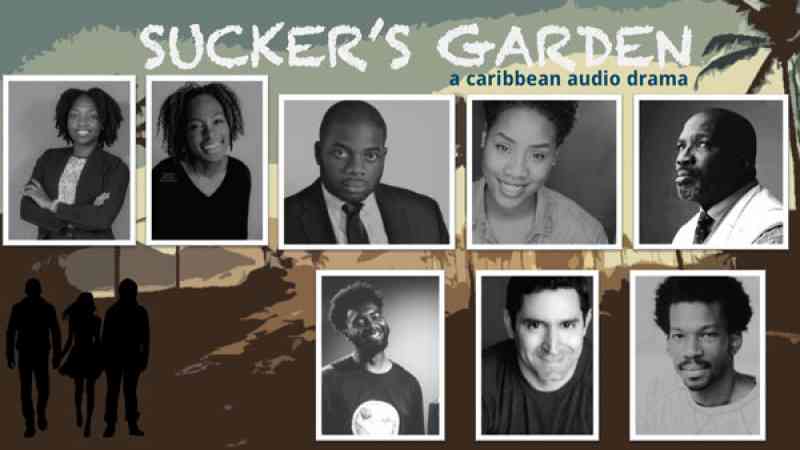 CHICAGO/ST. MAARTEN:— In continuing the Caribbean’s oral storytelling traditions, St. Maarten artists Kimberly Meyers and Onicia Muller released the first part of Sucker’s Garden a new Caribbean audio drama. The 10-minute episode introduces listeners to Tyson Blackman who, after a near-fatal carjacking, has to choose between doing the right thing and keeping his brother’s secret.

Originally intended to be a full-length feature film, Sucker’s Garden was re-written and released as an episodic audio drama (www.oniciamuller.com/suckers-garden). The story explores the concept of loyalty through the admission and omission of details. This collaboration includes voiceover talent from St. Maarten and American artists: D.A. Robin, Adrienne Brandyburg, Kyle Patrick, Ty Riggs, James Gordon, Ramiro Lynch, and Onicia Muller. The pilot was sound engineered by both Robin and Muller. It also includes music by St. Maarten artists Shawn “Guesswho” York and Shadowman.

With this project, Meyers and Muller hope to introduce younger generations to Caribbean radio dramas and guage their interest for similar content.

Sucker’s Garden is Kimberly Meyer’s first scriptwriting credit. Meyers holds a Masters in marketing and public relations and works as a Public Relations Officer for the Minister of VROMI’s within the Government of Sint Maarten. She hopes to expand her creative portfolio to include other writing projects.

Onicia Muller has been writing and producing since 2010. Previously, Muller wrote and produced Oh Baby a staged production which sold out it’s opening night. Her first web series, Bathroom Confessionals landed her a semi-finalist position for Sundance/YouTube’s New Voices Lab in 2016. Presently, Muller lives in Chicago where she performs at stand-up and storytelling showcases and writes her weekly humor column Just Being Funny (The Daily Herald’s Weekender)

Inspired by radio dramas (Anansi tales) and dramatized podcasts (Issa Rae’s Fruit), Muller and Robin have partnered with Radial, a Caribbean music/radio app, to produce a dramatized Caribbean story podcast. They aim to feature high-quality fictional narratives like Sucker’s Garden and continue sharing Caribbean culture with the world. The podcast is slated to be released in 2018.