Grand Cayman:— CCRIF SPC (formerly the Caribbean Catastrophe Risk Insurance Facility) announced today that Barbados will receive a payout of US$5,813,299 (approximately BDS$11.6 million) on its Excess Rainfall policy due to heavy rainfall that occurred during the passage of Tropical Storm Kirk.

Barbados has been a member of CCRIF since its inception in 2007 and has received five previous payouts totaling US$13.5 million. This payout will bring the total value of payouts to Barbados to US$19.3 million – as shown in the table below.

Governments and citizens in the Caribbean region, in particular, have witnessed first-hand the impacts of extreme geophysical and climate events throughout the past decade – highlighted by Hurricanes Matthew, Irma, and Maria in the past two years – and have been encouraged by CCRIF’s rapid response and payouts. After this payout to Barbados, CCRIF will have made 37 payouts totaling US$136.3 million to 13 member governments since 2007 – all within 14 days of the end of the event. It is worthwhile noting that since the start of this policy year on June 1, 3 additional countries have joined the Facility – the Virgin Islands, Montserrat, and Sint Maarten. CCRIF’s membership now stands at 20 countries – 19 Caribbean governments and 1 Central American government.

CCRIF is an example of an ex-ante financing instrument and allows immediate injections of liquidity in the aftermath of disasters ensuring continuity of government operations and enabling critical infrastructure to be quickly restored and most importantly addressing the most urgent needs of the affected population.

About CCRIF SPC: CCRIF SPC is a segregated portfolio company, owned, operated and registered in the Caribbean. It limits the financial impact of catastrophic hurricanes, earthquakes and excess rainfall events to Caribbean and – since 2015 – Central American governments by quickly providing short-term liquidity when a parametric insurance policy is triggered. It is the world’s first regional fund utilizing parametric insurance, giving member governments the unique opportunity to purchase earthquake, hurricane and excess rainfall catastrophe coverage with lowest-possible pricing. CCRIF was developed under the technical leadership of the World Bank and with a grant from the Government of Japan. It was capitalized through contributions to a Multi-Donor Trust Fund (MDTF) by the Government of Canada, the European Union, the World Bank, the governments of the UK and France, the Caribbean Development Bank and the governments of Ireland and Bermuda, as well as through membership fees paid by participating governments. In 2014, an MDTF was established by the World Bank to support the development of CCRIF SPC’s new products for current and potential members, and facilitate the entry for Central American countries and additional Caribbean countries. The MDTF currently channels funds from various donors, including Canada, through the Department of Foreign Affairs, Trade, and Development; the United States, through the Department of the Treasury; the European Union, through the European Commission, and Germany, through the Federal Ministry for Economic Cooperation and Development. In 2017, the Caribbean Development Bank, with resources provided by Mexico, approved a grant to CCRIF SPC to provide enhanced insurance coverage to the Bank’s Borrowing Member Countries that insure through CCRIF against tropical cyclone, earthquake and excess rainfall risks. 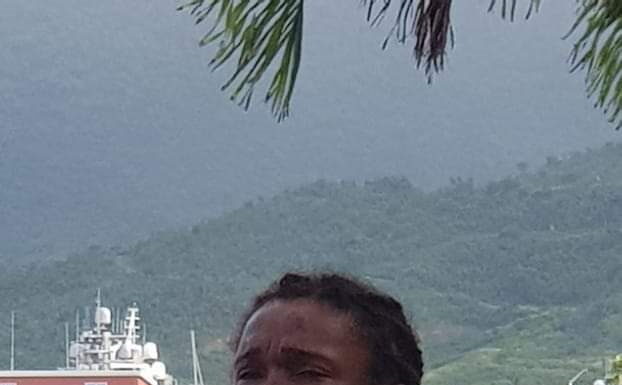 January 27, 2023
0
PHILIPSBURG:--- A man identified as Ossie Laville who was arrested on Thursday for carrying a weapon was found dead in the prison cell in Philipsburg.SMN News learned that the man believed to be of unsound mind was found on...
Read more