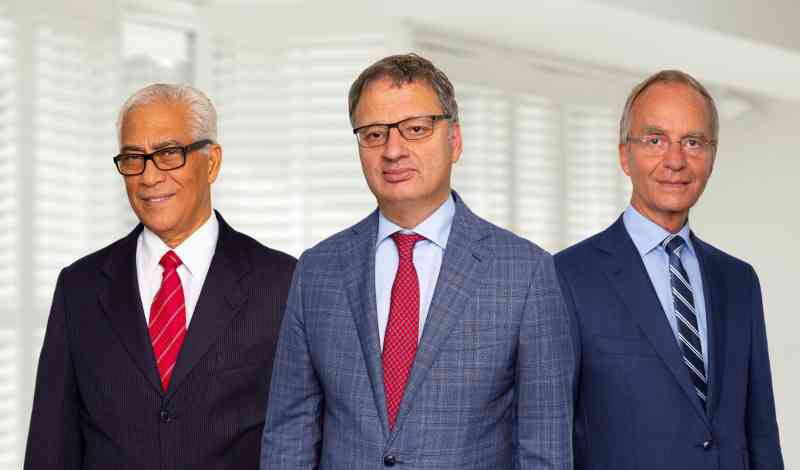 Kralendijk:— The Board of financial supervision Bonaire, Sint Eustatius and Saba (Cft) has called on both the Executive Council and the Island Council to demonstrate more decisiveness. The Cft has been stating for some time now that on too many levels Bonaire is not complying with the legal standards. In addition, agreements made with the public entity have repeatedly not been fulfilled at all or not in an adequate manner. “If this situation does not improve, an advice for an instruction will become unavoidable”, according to the Cft chairman Raymond Gradus.
During its visit on Tuesday, October 16, the Board met with the Lieutenant Governor, the Executive Council, the Island Council and the acting Kingdom Representative. A working visit was also made to the Belastingdienst Caribisch Nederland (Dutch Caribbean Tax Authorities) where the Board received, amongst others, an explanation of the collection of government taxes on Bonaire, Sint Eustatius, and Saba.

An intense conversation was held with the members of the Executive Council. The Cft has once again voiced its concerns about the quality of the financial management, which is strongly lagging behind. In the meeting with the Executive Council, the Board indicated that according to the applicable legislation the agreements regarding the improvement plan for financial management should be further formalized. The current improvement plan for financial management must be refined and expanded by adequately applying the auditor’s recommendations for the 2017 financial statements. If the Cft does not see sufficient progress in this process and in the implementation of the adapted plan, then an escalation by means of an advice to the State Secretary of Interior and Kingdom Relations to proceed with an instruction will become inevitable. The Cft has called on the Executive Council to prevent this.

The concerns about the budget and accountability cycle have also been discussed. For example, the 2019 budget and the 2017 annual accounts, for which the Executive Council had requested postponement until the end of September, have still not been submitted to the Cft. As a result, Bonaire does not comply with the deadlines laid down in the Public Finance Act of Bonaire, Sint-Eustatius and Saba (FinBES Act).