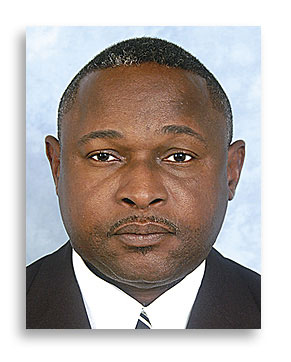 PHILIPSBURG:— The Minister of VROMI Christopher Emmanuel confirmed on Wednesday that Claudius Buncamper (Toncha) is no longer the candidate that will occupy the vacant seat on the Supervisory Board of GEBE. Emmanuel was responding to questions posed by SMN News. Asked if the decision has anything to do with article 55 of the LMA Minister Emmanuel said that was not the reason. He said there is another position available for Buncamper where he will be able to use his expertise more in the interest of government and the country.
SMN News learned that the Minister of VROMI Bienvenido Richardson as the candidate to occupy the seat on GEBE Supervisory Board.
Asked if it he took into consideration the LMA and considered that the chairman of the Supervisory Board is a senior civil servant. Minister Emmanuel said he simply does not know if it is a conflict of interest. He said he came and meet the situation the way it is and placing senior civil servants on boards and foundations have been going on for years. The Minister said that the Council of Ministers have more senior and seasoned politicians on it and they are more experienced in dealing with appointing board members, he then referred the question to Prime Minister William Marlin said that are several civil servants occupying seats on foundations, and supervisory boards for the past years. He said depending on which board or foundation it is then those companies have different provisions set aside for them and one of them he knew is that civil servants would need permission from the Minister heading that Ministry. He said that appointing civil servants to these boards is permissible as long as there is no conflict of interest on the board of the company.