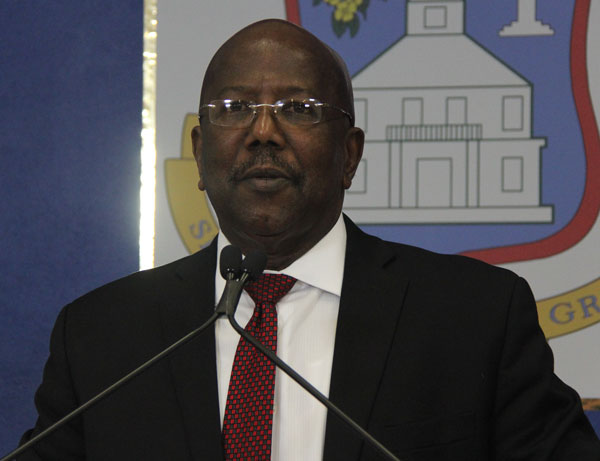 Report on hacking to be discussed on Thursday.

PHILIPSBURG:— Prime Minister William Marlin announced on Wednesday that the Secretary General of General Affairs has filed a complaint with the Prosecutor’s Office on the hacking of Government ICT system which took place late last year and again two weeks ago. Marlin said if someone is maliciously attacking government ICT system and planting viruses then that is a criminal offense and the prosecutor’s office ought to investigate.
Marlin did not go into details of the report that he said will be discussed with the head of ICT department and other civil servants, however, he did state that based on the report at least four computers were identified as the hacking point. He said that report further advised government to have separate servers in place for the civil registry, and DIV. Besides, that Marlin said that government was advised not to have its workers visit certain sites, such as Facebook, Yahoo, and Hotmail.

Meeting Held with PSS — downsizing to take place, Former Minister of Justice Dennis Richardson to be appointed as a change manager.
The Prime Minister also announced that a meeting was held with the staff and management of PSS and soon government will take a decision on the way forward. He said he will be submitting a proposal to the Council of Ministers to appoint former Minister of Justice Dennis Richardson as a change manager at PSS.
Marlin said one of the main problems PSS is facing is that since St. Maarten took over in 2010 all the commercial activities were taken out. He made clear that everything that would have generated money was taken out while St. Maarten inherited all the staff which is about 34 persons. He said the current operations at PSS do not require that amount of staff and as such government will have to find a solution. Marlin said some of the workers were civil servants that worked for 30 or more years and one of the options might be to give them a pension package or to place them elsewhere in the civil service.
The Prime Minister said soon or later PSS will be doomed to bankruptcy if nothing is done to maintain the cost. He said, therefore, Dennis Richardson will be asked to use his expertise on the downsizing of the staff.