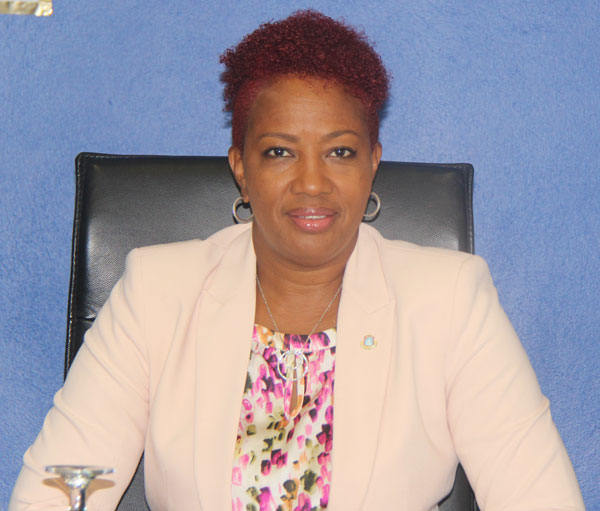 CXC Students sat their exams despite weather conditions on Monday.

PHILIPSBURG:— Minister of Education, Youth and Sports Silveria Jacobs announced at the weekly press briefing that she went against the advice of the metrological office and closed schools on Monday after discussing with several persons on the inclement weather which started early Monday morning that flooded certain parts of the island. The Minister said she understands that some people would think that she flipped flopped with the decisions she took but all of it benefitted the students that had to sit their CXC examination at the St. Maarten Academy and St. Dominique High School. The Minister said that while she did announce that school and examinations for that day were canceled she had to go back on her word when the two schools informed her that the students that had to sit their Physics exams were at school that morning despite the weather conditions. Minister Jacobs said even the Inspectorate of Education could not get out of her home because of the flooding but they were able to make the necessary arrangements to get the examination papers to the school almost on time so the students could have sat their exams. Asked if she noted what the President of WITU had to say about her flip-flopping and calling teachers and students out to school knowing that a teacher lost her life due to flooding in 1995. Minister Jacobs said that there are several ways to get to the schools and while the metrological office did not instruct her to close schools for that day she did what she thought was best for the parents and students. The Minister said she did not see the statements made by the leader of the WITU since she was not on Facebook all day Monday, however, she said one is damned if they do and damned if they don’t.