PHILIPSBURG:— A delegations from the Parliaments of the Netherlands, Curaçao, Aruba and Sint Maarten will be meeting in The Hague, Netherlands for the Interparliamentary Kingdom Consultations (IPKO).

The four parliamentary delegations will be discussing a number of issues such as the implementation of the Sustainable Development Goals (SDG’s) in the different countries of the Kingdom, voting right and elections within the Kingdom, current state of affairs of the Dispute regulation, the situation in Venezuela and its effects for the Kingdom and human rights in the justice chain. The Sint Maarten delegation will be giving a presentation on the state of affairs of the Parliament of Sint Maarten. The presentation will also focus briefly on the progress of the recovery and rebuilding process since the passing of hurricane Irma.

The delegation of Sint Maarten has been preparing for the last few weeks for its participation in these meetings. The Committee of Kingdom Affairs and Interparliamentary Relations met on several occasions to discuss the topics and to establish the position of the Sint Maarten delegation on the several topics.

The Interparliamentary consultations will conclude on Friday June 1, 2018 with the adoption and signing of the Agreement List and a joint press conference of the four delegations.
The deliberations between the delegations are open to the public and can be followed directly through a live stream on the website of the First Chamber and the Second Chamber, depending on the location of the meeting for that day, www.eerstekamer.nl or www.tweedekamer.nl.

Prior to the start of the Interparliamentary consultations, on May 28, 2018, the delegation of Sint Maarten will also be participating in the Tripartite meeting along with delegations from sister islands of Curaçao and Aruba. Among the topics to be discussed are the Dispute regulations, relationship between the countries of the Kingdom, Constitutional Court and cooperation in the areas of health care and education etc.
The goal of the meeting is to prepare for several topics that will be tabled during the Interparliamentary consultation as well as discuss topics of mutual interest.

The Sint Maarten delegation partaking in the IPKO and Tripartite meetings will consist of the following members: 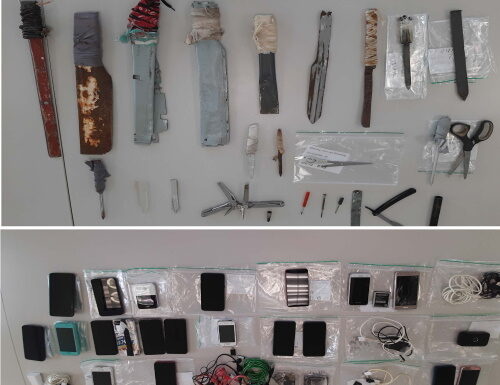 Large-scale search conducted at the Prison and House of Detention. | SMN NEWS

October 25, 2021
0
PHILIPSBURG:--- On October 13th, 2021, a cell inspection was carried out at the Pointe Blanche prison and the house of detention by prison staff, in collaboration with KPSM, Customs, the Coast Guard, and the Dutch Marines. Cell searches are...
Read more 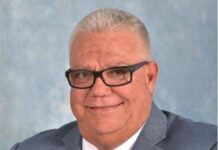