Home Local News Dishonoring women and youths will not be tolerated — Minister of EYS... 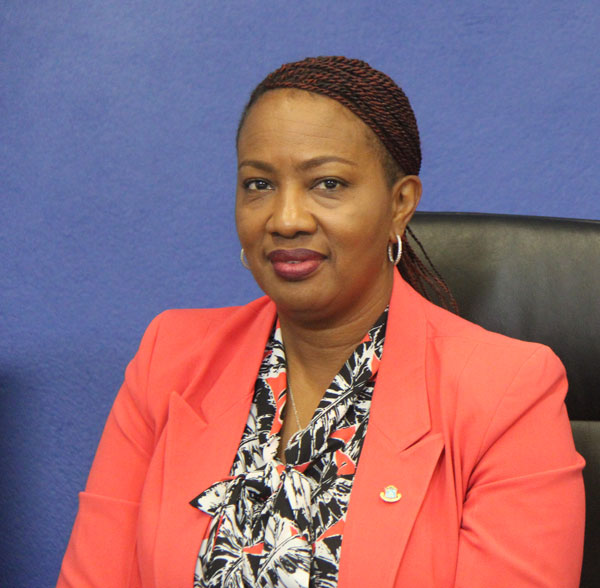 Youth Extravaganza DJ’s disrespected Minister, while producer should be held accountable, parents must assume their roles.

PHILIPSBURG:— The Minister of Education, Youth and Sports Silveria Jacobs did not leave any stone unturned on Wednesday at the Council of Minister’s press briefing when she addressed the saga surrounding the Youth Extravaganza Show that was held on Monday night and had to be stopped by police due to vulgarity.
Minister Jacobs said that the organizer of the show Andrew Dick ought to be held responsible as well as the St. Maarten Carnival Development Foundation who outsourced the shows. Minister Jacobs explained that she was at the Carnival Village when inappropriate songs were being played as well as the comments made by the DJ’s. She said before the show was stopped by police the organizers were warned about the lyrics and statements that were being made, however, those that organized the show called her out as the one protesting. She said later a DJ “Duty Sham” called her ‘sexy’ Silveria.
The Minister said clearly the Government of St. Maarten was disrespected with the statements and while the two print media on the Dutch side have twisted their stories the fact of the matter is that the organizer of the show is a media personnel and he should have known better. The Minister went on to repeat some of the words in at least one song which was indeed inappropriate towards women and youths in general. She said based on what took place at the show some parents left early with their children, while there were youths that were dropped off there and their parents leave them there alone.
The warned that an indebt investigation into all that transpired Monday night at the Festival Village is ongoing and that she will deal with the matter when the investigation is completed and she gets a report.
As for parents the Minister repeated that parents have a major role to play in the lives of their children, she said that children under the age of 15 should not be at the Festival Village and certainly they are not allowed to participate in the Jump Up and also not allowed to consume alcoholic beverages and or smoke.
The Minister called on parents once again to take up their responsibility and ensure that their underage children are under supervision when attending the carnival activities and also make sure they are at home at the time the law stipulates.
The Minister further stated that she personally witnessed where adults are buying alcoholic beverages for youths and at one point she had to intervene.
She called on adults to be more responsible, while she cautioned booth holders that they could lose their permits if they are caught selling alcoholic beverages to youths. She even called on the booth holders and other adults to report adults or booth holders that are breaking the law.