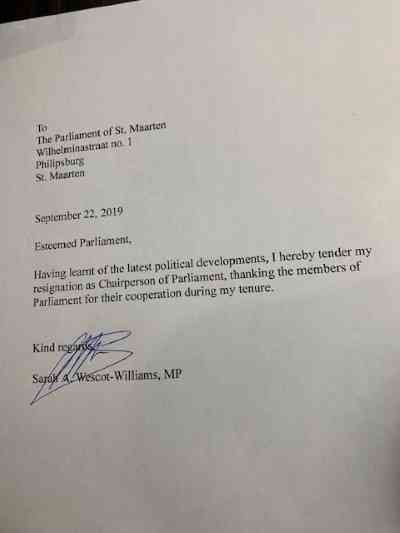 PHILIPSBURG:— Rumors took over the island on Sunday claiming that a new government has formed,
while several sources say that two of the UD Members of Parliament that are at loggerheads with Independent MP Franklin Meyers have pulled their support and have formed a government with the National Alliance and United St. Maarten Peoples Party (USP)
SMN News learned from several persons that MP Luc Mercelina and Chanel Brownbill exited the United Democrats (UD) and have formed a nine-seat