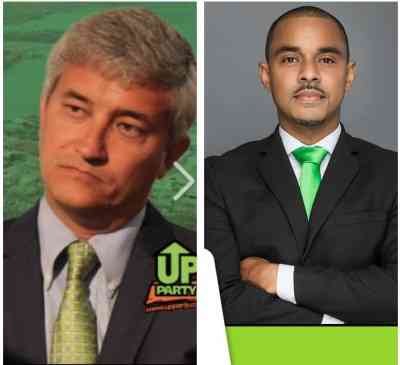 PHILIPSBURG:— There is trouble in the UP camp as the founder of the United Peoples Party Theodore Heyliger is going back on his word where he agreed that incoming leader Rolando Brison will not have to put Stuart Johnson on the slate to contest the January 9th elections.
SMN News understands that during the negotiations Heyliger agreed with Brison and his team not to have the TEATT Minister on the slate because as MP Rolando Brison highlighted all the failures of the sitting Minister. The source said now that Heyliger won his first court battle he began bulling Brison

July 9, 2020
0
PHILIPSBURG:--- On Wednesday, July 8th, 2020, the Minister of Justice Anna E. Richardson received a presentation via Zoom from the consultancy firm Balance, which...

Be Prepared for a Busy Hurricane Season. Food wholesalers and warehouse depots requested to be storm ready. | SMN News

July 9, 2020
0
PHILIPSBURG (DCOMM):--- The Office of Disaster Management (ODM) said on Thursday that Food wholesalers and warehouse depots are requested to have their facilities storm/hurricane ready and to review their plans of action for the 2020 Atlantic hurricane season. ...
Read more

July 9, 2020
0
PHILIPSBURG (DCOMM):--- The Office of Disaster Management (ODM) said on Thursday that Food wholesalers and warehouse depots are requested to have their facilities storm/hurricane... 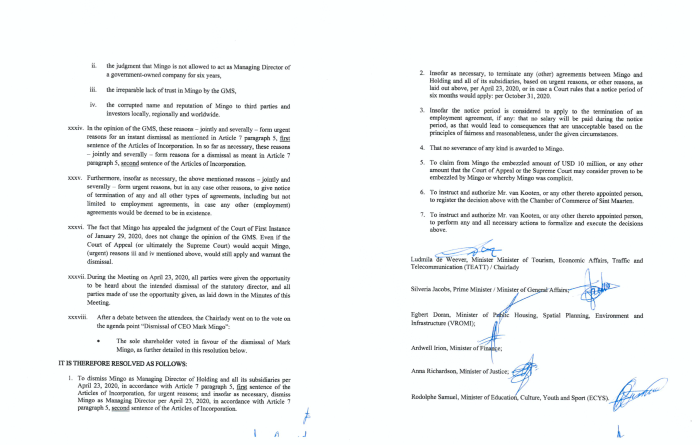 July 9, 2020
0
~ No comments from Mingo.~ PHILIPSBURG:--- The Council of Ministers have voted in favor of dismissing Mark Mingo as the Director of the Harbor Holding...

Parliament of St. Maarten passed motion to reject the conditions of...

A heated altercation between father and son results in a shooting....

MP Buncamper proposes that Government initiate the selling of shares of...

MP Buncamper: Let’s use the land for agriculture. | SMN News

St. Maarten has no plan B to secure funds should the...

Council of Ministers decided to hold off on US Flights until...