Just a few weeks ago, the calm, clear and assertive voice of an exceptional man faded out. Kofi Annan has departed, sooner than expected, for the just territory of legends. For those of us who were his colleagues, collaborators and friends, these are days of sadness and pride.

Without grandiloquence, with an authentic sobriety and sharp intelligence, Kofi personified the best of the spirit of an organization that served as his home from the age of 24, when as a young Ghanaian man who had recently finished his solid academic training he entered the budget department of the World Health Organization.

For four-and-a-half decades, he put his talents at the organization’s service in the most diverse posts: from administrative to personnel management, from budgets to human resources, from refugees to peace operations. On that journey, he came to know the pros and cons of the United Nations as few others have. Above all others, he understood its enormous potentialities and its complex weaknesses. He also comprehended that this civilizing instrument played and plays an indispensable role in affirming our shared humanistic values. That, when faced with the horrors of war, hunger, injustice and inequality, the United Nations must play the role of a moral compass and offer practical, effective and viable responses.

From the proud heart of black Africa, and given his invaluable experience with each dimension of the organization, Kofi was a pioneer upon taking office as the seventh United Nations Secretary-General in 1997, and he imprinted his character on the mandate that he held for ten years. On this task, I had the honor of collaborating with this magnificent human being. A true gift of life. I learned while working in his office as Chef and Deputy Chef de Cabinet in his last years managing the formidable work of the United Nations. Meticulous, serene and determined. He studied each issue over and over and explored solutions without stridency, generously trusting in the capacities of his collaborators and in the institution as a whole.

Kofi always referred to “us” in his conjugations, never to “me.” He respected the importance of caring for “the inner circle,” meaning those who are close to us and support us on a daily basis. Only by caring for the inner circle is it possible to act with serenity in great arenas and big leagues. And this was not a rhetorical formulation; it was the coherent expression of his conviction and his action, which allowed no space for personalism but, instead, offered the generous will of a mentor who brought out the best in his teams.

Nor did he act out of inertia. He understood well that a changing world, moving into a new century marked by novel and greater challenges, required a United Nations capable of tackling them. An institution that would listen not only to governments but also to the people, to society. An organization that would involve the private sector in the shared tasks of the global agenda for peace, security and environmental care.

Kofi looked closely at the emergence of new colors in the landscape of the nascent 21st century and soon articulated the challenges, compacts, tools and institutions with which to explore shared responses. That is how he sowed the seeds of the new Human Rights system, with the Rome Statute, the International Criminal Court and the Council. He also focused his efforts on ensuring that the Kyoto Protocol enter into force, conscious of the urgent need to respond concretely to the threat of climate change. And with that same spirit, he deployed all of his capacities to bring about the Millennium Summit and the universal approval of its goals: to eradicate extreme poverty and hunger; achieve primary and universal schooling; promote gender equality; reduce infant mortality; improve maternal health; fight HIV/AIDS, malaria and other diseases; guarantee the sustainability of the environment; and foster a global partnership for development.

He understood the relationship between peace, security and development to the point where the 2030 Agenda is the legitimate heir of these prior steps and proves today the relevance of Kofi’s vision.

His work is vast, his footprint deep and his farewell premature. He will remain an inexhaustible source of inspiration, and his memory a permanent reminder that it is possible, and necessary, to live and act in keeping with that set of values that constitutes the best melting pot of our common humanity.

May 16, 2022
0
PHILIPSBURG: --- Police are investigating a shooting on the Back Street where a male victim has lost his lifeSMN News learned that the shooting... 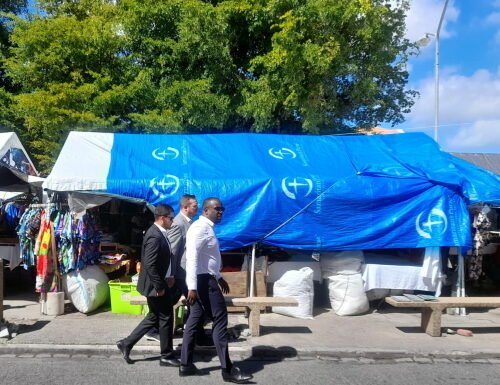 May 16, 2022
0
PHILIPSBURG:--- The Ministry of Tourism, Economic Affairs, Transportation & Telecommunications (TEATT) announced that the Royal Caribbean Group has agreed to reconstruct the Philipsburg Marketplace at the cost of Naf.600k. The agreement was made possible during the past months through...
Read more

May 16, 2022
0
PHILIPSBURG:--- The Ministry of Tourism, Economic Affairs, Transportation & Telecommunications (TEATT) announced that the Royal Caribbean Group has agreed to reconstruct the Philipsburg Marketplace... 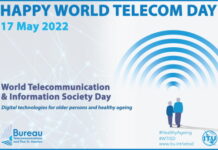 May 16, 2022
0
PHILIPSBURG:--- On May 13th, the Minister of Public Housing, Spatial Planning, Environment and Infrastructure, Egbert Doran, signed the continuation of a service level agreement...

Central Committee of Parliament to meet on Monday regarding proposed Kingdom...