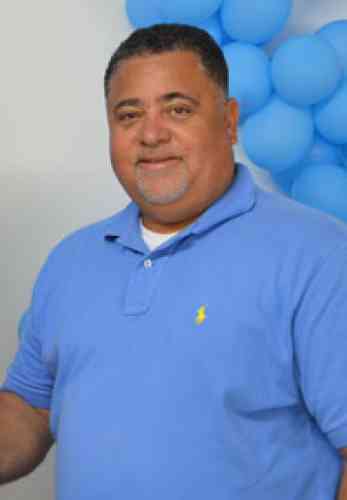 PHILIPSBURG:— In light of the current ongoing fires at the Philipsburg landfill, the United St. Maarten (US) party is once again pointing out that the constant instability of government has effectively stalled any progress at the landfill.

Party leader Frans Richardson explained that every time government falls for whatever so-call reasons, efforts that underway stopped and the reset button is hit by every new incoming government with its own ideas.

“When will there be a start, so this reoccurring problem can stop? Only when we stop playing politics with people’s lives and get serious about governing. These are the issues people want us to solve. Yet as we have seen recently, some choose personal reasons to throw the country into chaos and stalling any and all progress,” Richardson said.

He said the previous coalition was working tirelessly on a solution and was almost there when Hurricane Irma hit, followed by a coalition member manipulating their way out of the coalition and into yet another new government. “In the meantime, people’s health is put at risk, schools closed, government operations halted ect. All because, again, political game playing for self-gain.”

He stressed that the USP since 2014 has held true to its plans for waste management. While the US Party acknowledges the economic merits of waste to energy facilities for St. Maarten, as proposed by successive governments, the party believes that any such facility should meet the highest environmental standards and must be complemented by extensive reuse and recycling programs.

“Fact is, the USP has never held the portfolio of VROMI but if given the mandate by the people and afforded the opportunity to hold that portfolio, we will apply the same level of commitment to WORK that we have applied to every portfolio we have held,” Richardson said.

He said given the opportunity, the USP will:

– Ensure that any such waste management facility meets the highest environmental standards;

– Draft, implement and enforce legislation setting criteria for the import, sale, recollection and export of products which if left unmanaged could become a burden to St. Maarten’s waste management infrastructure after usage;

– Advocate and secure financing for an extensive public awareness program to sensitize citizens and business owners to waste management challenges and the need for sound management.

– Gradually introduce garbage sorting at the source in homes and businesses.