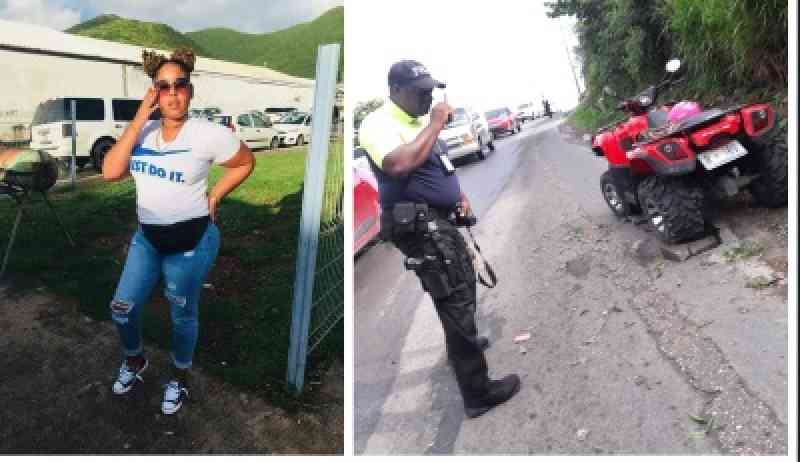 PHILIPSBURG:— A young female identified as Marolyn Cuevas Santana, a national of the Dominican Republic and resident of Quartier d’ Orleans lost her life early Sunday morning on the Sucker Garden Road. SMN News learned the young woman was riding a four-wheeler when she lost control in the Upper Princess Quarter. According to information reaching SMN News, the roadway was wet and filled with pebbles due to the heavy rainfall Saturday night thru Sunday morning. Police Spokes Ricardo Henson in a press release state that
Police patrols, Paramedics and Police Traffic Department on Sunday November 11th at approximately 08.35 a.m. were sent to Sucker garden road in the vicinity of the York’s property to investigate a traffic accident involving a four-wheeler with license plate R-189 ridden by a female. On the scene paramedics attended to the 18 year old victim identified with M.C.S. and transported her to the Sint Maarten Medical Center for further treatment but shortly after was pronounced dead. The victim died of the injuries she sustained during the accident. According to witnesses the victim lost control of the four-wheeler while travelling up the hill at Upper Princess Quarter. The vehicle drove off the road, overturned and landed on the victim. The Police Traffic Department is investigating to determine that exact cause of the accident.