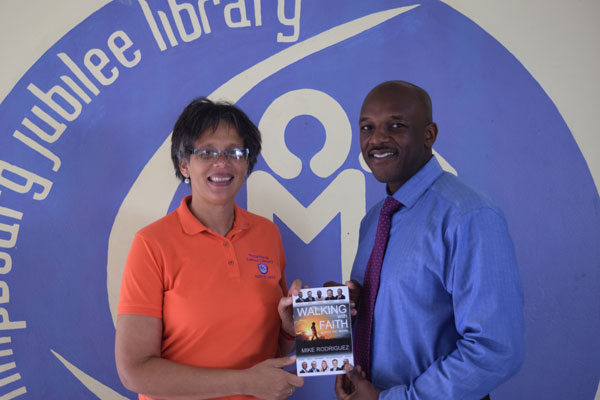 PHILIPSBURG:— This Thursday 18th May 2017 Daniel Collins one of 10 experts co-author of “ Walking by Faith” by Mike Rodriguez will be presenting his story “Goodbye, Mr. Mediocrity” at the Philipsburg Jubilee Library from 6 pm to 7.30 pm.
Collin’s Story documents his personal life-changing journey that began in August 2011 which altered his perspective transforming his life and bringing inspiration to others.
The Authors’ motivation for writing his story is to assist people in recognizing that being like everybody else or being mediocre is not your own personal reality.
Daniel Collins wants to indicate that many times we as human beings do not get what is desired because we do not ask.
Via his story “Goodbye Mr. Mediocrity”, Mr. Collins’ hopes to reach and play a positive part in other’s life’s assisting them with their growth.
Daniel Collin was born in St. Kitts came to St Maarten at the tender age of one (1).St. Maarten is his home although he spent several years in the Netherlands. He has spent the last 14 years happily married to his wonderful wife Latanya and their family includes two children, namely, a son named Dominick and a daughter named Lael.
The Author holds a Bachelor’s Degree in finance and economics from the Hanze and State Universities of Groningen. He is skilled in public speaking, training, coaching, leadership, budgeting and writing. Daniel serves as a deacon at the Good News Baptist Church and keeps himself busy with various responsibilities which include overseeing the youth, finance and enjoys teaching classes at church.
The book launching ceremony and book signing will take place on Thursday, May 18th, 2017 at 6.00 pm at the hall of the Philipsburg Jubilee Library. For more information please contact Maryland Powell at the library by phone 5422970 or e-mail This email address is being protected from spambots. You need JavaScript enabled to view it.
document.getElementById(‘cloakec055cefc3a27ad54c61ea869458ff85’).innerHTML = ”;
var prefix = ‘ma’ + ‘il’ + ‘to’;
var path = ‘hr’ + ‘ef’ + ‘=’;
var addyec055cefc3a27ad54c61ea869458ff85 = ‘pr’ + ‘@’;
addyec055cefc3a27ad54c61ea869458ff85 = addyec055cefc3a27ad54c61ea869458ff85 + ‘sxmlibrary’ + ‘.’ + ‘org’;
var addy_textec055cefc3a27ad54c61ea869458ff85 = ‘pr’ + ‘@’ + ‘sxmlibrary’ + ‘.’ + ‘org’;document.getElementById(‘cloakec055cefc3a27ad54c61ea869458ff85’).innerHTML += ‘‘+addy_textec055cefc3a27ad54c61ea869458ff85+’‘; 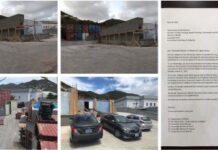