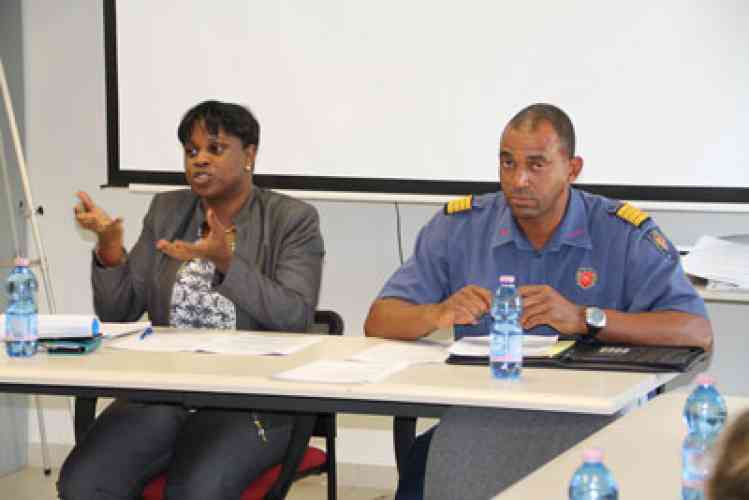 GREAT BAY (DCOMM):— Prime Minister Leona Romeo Marlin in a follow-up update on Wednesday evening says the Government Administration Building will re-open on Thursday to the public and civil servants are requested to report to work.
The situation will be monitored and in the event of a change in the wind, it will be determined what action will be taken. The health and safety of the civil servants is top priority.
The smoke continues to smolder as Fire Department personnel along with colleagues from the North side of the island continues to work on extinguishing the limited areas where fire still exists.
The majority of the fire has been contained but there are still some hot spots. Water and sand is being used to eliminate the remaining hotspots.
PHOTO CUTLINE: Prime Minister/Minister of General Affairs Leona Romeo Marlin chairing the Emergency Operations Center (EOC) meeting on Monday. Seated next to her is Fire Commander/Disaster Coordinator Clive Richardson.